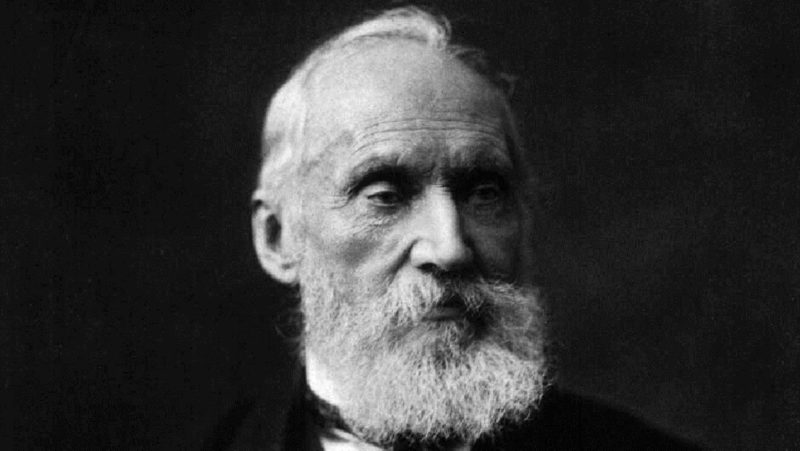 A team of scientists from the US, Sweden and France have refuted the famous hypothesis of the British physicist William Thomson, better known as Lord Kelvin, who described in detail the concept of isotropic helicoids, objects that look the same from any angle and rotate naturally when they are moving in a liquid.

The hypothesis that Lord Kelvin proposed in 1871 was extremely difficult to verify, because to create a body as symmetrical as an isotropic helicoid that he spoke of, high precision tools were needed, and his proposal was reflected in the hydrodynamics books, considered correct at the level. theoretical.

However, 150 years later, technologies have advanced, and now scientists have been able to carry out that experiment by 3D printing five different bodies, just over a centimeter long, which correspond to Lord Kelvin’s criteria. His work has been published in the magazine Physical Review Fluids.

In 1871, the mathematician Lord Kelvin invented a shape called an isotropic helicoid. He predicted it would behave strangely in a fluid.Now the shape has been 3D-printed and tested for the first time – and it seems Kelvin may have been wrong https://t.co/dhx8BZg2YMpic.twitter.com/xDfv8faPWI

The researchers placed their isotropic helixes in a container of silicone oil, but they did not observe any rotation, which means that the 19th century physicist was apparently wrong.

However, other calculations showed that the liquid can exert uneven pressure on moving isotropic helixes, but this effect is too insignificant to rotate. So it is possible that there is a ‘correct’ helix, whose shape would be much more complex, and now the authors of the experiment are trying to find it to be able to measure this hydrodynamic effect.

In any case, isotropic helicoids weren’t the only thing Lord Kelvin missed. The scientist believed that the Earth was not more than 40 million years old, and the work of the aeronautical society was not taken seriously, confessing in one of his letters that he had “not the slightest molecule of faith in air navigation other than in a hot air balloon.”