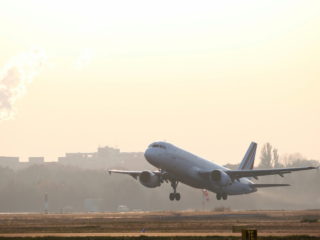 Two planes with passengers were on the verge of crashing last year due to the mistake of an air traffic controller on duty at the Charles de Gaulle airport in Paris (France), according to reveals a report published this week by local researchers.

On July 20, 2020, a United Airlines Boeing 787 from Newark (USA) prepared to land while an EasyJet Airbus A320 finalized details to take off for Malaga (Spain), but what they did not know the pilots of both aircraft is that they were about to perform the maneuvers on the same track.

The planes were scheduled to take off from runway 09R (right) and land at 09L (left), however, the controller accidentally ordered the US plane to land at 09R.

Although the United Airlines flight crew contacted the tower to confirm the change to the right runway, the controller did not verify the information and it gave the green light to the landing while it gave way to the other plane for its takeoff.

From the ground, the EasyJet crew watched as the plane seemed to be heading towards them and with surprise they asked the controller why another flight was maneuvering towards the same runway. Faced with the imminent collision, the Airbus A320 asked the aircraft to turn around and they managed to abort their approach.

The report indicates that the plane that was about to land at the time of the incident was flying at a height of only 90 meters and 1,300 meters from the threshold of the runway.

The controller suggested that the confusion was due to various factors, including that shortly before another flight had requested to land on runway 09R due to a technical problem. For their part, the investigators concluded that the pilot of the United Airlines flight did not use the correct terminology when confirming the runway and that the COVID-19 pandemic could also have caused the controller to lose practice following a significant reduction in air traffic. pick up CNBC News.