They reveal the secret legacy that Berlanga left 13 years ago at Cervantes: an unpublished script for ‘Long live Russia!’ 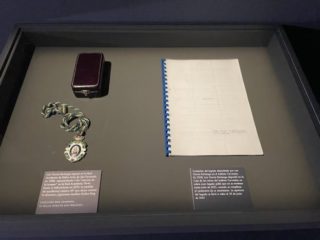 The legacy the filmmaker left thirteen years ago Luis Garcia Berlanga in the Caja de las Letras of the Instituto Cervantes includes an unpublished script for ‘Long live Russia!’, signed together with Rafael Azcona, to continue the saga of the National Trilogy.

This was revealed this Thursday, June 10, by the filmmaker’s grandchildren, Fidel and Jorge García Berlanga, after the opening of the safe in an event in which Luis García Montero, director of the Cervantes Institute, and Mariano barroso, president of the Film Academy.

Fidel and Jorge, grandchildren of the Valencian genius, have represented the family in the act, where the second has declared that many people knew his grandfather “in his popular facet, but we met him in private. We keep many secrets and confidences in that study packed with poems, drawings and clipped news that inspired him, where he created without pretense ”.

Next, both Berlanga’s successors have been in charge of opening the box, where his grandfather kept a magazine and a book that give account of its international recognition, in addition to the unpublished script of what should have been the fourth part of the ‘National Trilogy’, under the title of ¡Viva Russia !, and which has then been deposited in the exhibition ‘Berlanguiano. Luis García Berlanga 1921-2021 ‘(until September 5, at the Royal Academy of Fine Arts of San Fernando). 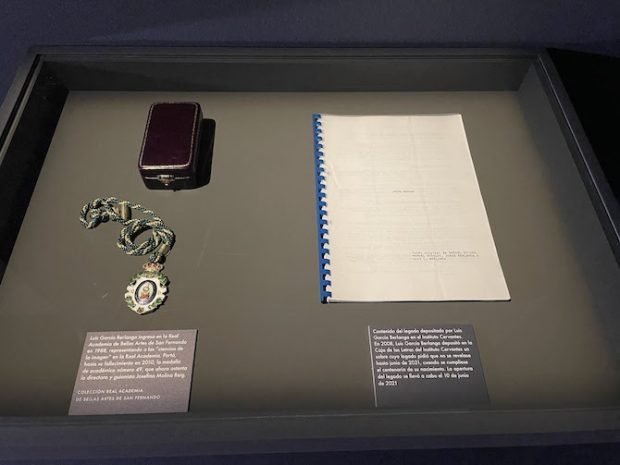 This legacy was deposited thirteen years ago by the director of ‘El verdugo’ in the Caja de las Letras. Berlanga personally deposited these documents on May 27, 2008 in box number 1034, the content of which was unknown until this Thursday – the director did not want to discover it on that occasion, one of his last public appearances.

As García Montero has pointed out, it is a legacy “full of significance”, apart from the script, there are two other books in which the berlanguiano world is studied and the figure of the filmmaker. The script, continuation of the films ‘Nacional III’, ‘Patrimonio Nacional’ and ‘La escopeta nacional’, it was a “commitment to the future.”

The director of Cervantes explained that this unpublished script was going to be recorded and due to the death of the actor Louis escobar, protagonist in the previous tapes, was delayed and finally was unpublished. The specimen has been transferred to the ‘Berlanguiano’ exhibition organized by the Film Academy at the San Fernando Royal Academy of Fine Arts.

“He was a true genius, created without pretense and had a goblin who could not shut up neither shame nor comfort,” one of his grandchildren immediately claimed. The Societat Musical La Eslava has performed music from Luis García Berlanga’s films and popular pasodobles both at the entrance to the Instituto Cervantes and at Puerta del Sol.