The Loki series, available on the Disney Plus platform, laid the foundation for the Young Avengers. The Kid Loki variant and Wanda’s children, Billy and Tommy, are a taste of what will come to Marvel’s Phase 4. In addition to these characters, there is one more that only the most observant could discover in the latest Loki installment: we talk about Iron Lad, the heroic incarnation of Kang the Conqueror.

In the Marvel comics, Iron Lad is a version of Kang the Conqueror who learned of his fate as a villain and rebelled against him. Iron Lad traveled to the present to chart a new destiny for his life and founded the Young Avengers. “If you found out that you would become Adolf Hitler, wouldn’t you do everything in your power to make sure it never happens?” He asked Kate Bishop when his true identity was revealed to the rest of the team.

The end of Loki established countless variants of Kang, each with its respective timeline. That means Marvel can feature Kang, Immortus, Rama-Tut, and all other versions of the character. If Phase 4 is already anticipating the appearance of the Young Avengers, Iron Lad would have to be part of the plans. 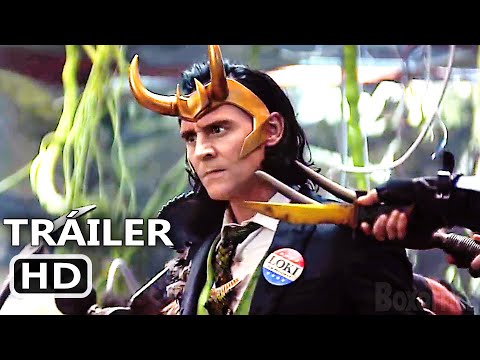 It is not known precisely when the character will appear in Phase 4. Marvel has not commented on the matter, but the clues seem more than clear for Kang to be the next great character that will unite the films of the cinematic universe.

The sixth and final episode of Loki is available on Disney Plus on Wednesday, June 14.