“This is not how I look like this and I don’t know how to fix it”: Users report that TikTok transforms their faces without even asking 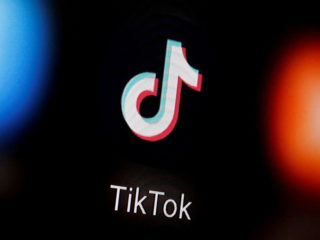 Several TikTok users have recently noticed that this popular short video app automatically makes changes to their faces, in what appeared to be a ‘beauty filter’ that they never requested or can disable.

One among many affected users, Tori Dawn, realized the change when she opened the ‘app’ and made a video at the end of May. The jaw reflected on the screen was thinner and more feminine than hers, although she seemed to return to normal when she waved her hand in front of the camera, thus blocking most of her face. Also, her skin was a bit smoother than it actually is.

The image seemed to have passed through a beauty filter that, moreover, was impossible to deactivate: it subtly feminized Dawn’s face, who does not usually use these effects. “My face is quite androgynous and I like my jaw,” Dawn claimed in an interview with MIT Technology Review, adding that that, precisely, is “one of the only things” that he likes about his face.

Although beauty filters are now a part of life online, they are generally presented as a choice, which is why Dawn and others who have spotted this strange effect are so upset. “I don’t feel comfortable making videos, because that’s not how I see myself and I don’t know how to fix it, “he complained when he told what was happening to him in a video that got more than 300,000 views and was shared by other users who perceived the same thing.” Is that why I Have I seen you as an alien lately? “commented one netizen, while another demanded:” Tik Tok: fix this. “

According MIT Technology ReviewVideos like these circulated for several days in late May, when many people wondered if the company was secretly testing a beauty filter on some users.

The author of the article himself verified the effect when trying to make a video: he assures that the change in the shape of his jaw “was obvious”, and that his skin had also possibly been “softened”. When consulting with his co-workers and Twitter followers about the matter, he concluded that the hack appeared to only occur on Android phones. So he contacted TikTok and the effect stopped showing up two days later. The company later acknowledged in a brief statement that there was a problem but it had been resolved, without providing further details.

Amy Niu, a PhD student at the University of Wisconsin who studies the psychological impact of beauty filters, explains that having them in an app is not necessarily a bad thing, but argues that designers have a responsibility to consider how they will be used and how. they will affect those who use them. Even if it were a temporary mistake, it could have an impact on the way people see themselves, he warns.