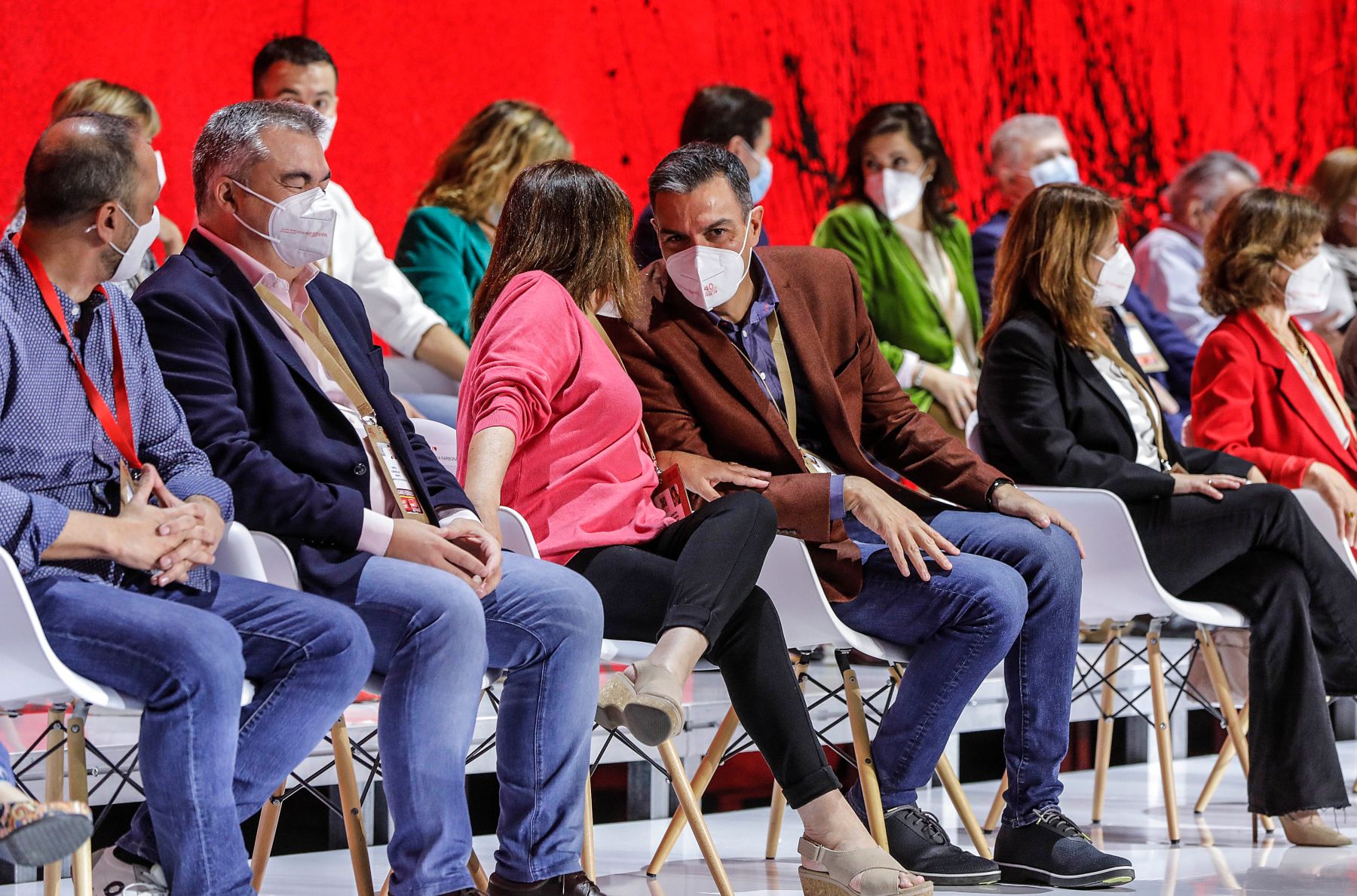 The Prime Minister and Secretary General of the PSOE, Pedro Sanchez, has designed a Federal Executive Commission (CEF) of 42 people, in which the integration of six of its new ministers stands out, an important generational change, with an average age of 47 years -10 less than the previous one-, and a presence of 60% of women. In addition, only 12 of the leaders of the current Executive repeat.

Regarding the territorial distribution, the federation with the most representatives in the new direction of the PSOE is Andalusia, with a total of nine, followed by Madrid, which will have six. The PSC and Castilla y León will have four members each, the Canary Islands will add three, the Basque Country and Castilla-La Mancha, two each and the rest of the communities will have a representative, as will Ceuta.

In addition, they are part of this body, as ex officio members, the spokesman in Congress, Héctor Gómez (Canary Islands); the spokeswoman in the Senate, Eva Granados (Catalonia); and the new president of the Federal Policy Council, the mayor of Seville and Andalusian leader, Juan Espadas (Andalusia).

With his new team, which will include the youngest member of Congress, the Castilian-Leon-born Andrea Fernández, as Secretary of Equality, Sánchez’s commitment to embody an important generational change in his Executive is confirmed. Fernández, 28, replaces the former first vice president, Carmen Calvo, in this position.

Also significant is the large presence of women -60% compared to 40% of men- and, as expected, the presence of profiles from municipalities, such as the already ministers Alegría and Morant, or the mayor of Castellón , Amparo Marco, as secretary of Entrepreneurship and Social Impact. In addition, the mayor of Toledo, Milagros Tolón, will be the president of the Federal Committee.

The Executive, which is the body in charge of managing the day-to-day running of the party, also includes the Jaen deputy Felipe Sicilia as spokesman; the deputy director of Sánchez’s cabinet in Moncloa, Llanos Castellanos, as Secretary of Justice, Institutional Relations and Public Function; and the Basque leader Idoia Mendia, as Secretary of Studies and Program.

Among the new faces in the Executive also stands out the spokesperson in the Madrid assembly, Hanna Jalloul, as secretary of International Policy and Development Cooperation; or the Minister of Territorial Policy of the Generalitat Valenciana Arcadi Spain, as Secretary of Transport, Sustainable Mobility and Urban Agenda; and as secretary of the Demographic Challenge, Maite Pérez Esteban.

In this new Executive, only 12 leaders of the 49 who made up the team that Sánchez designed in the 39th Federal Congress of 2017 remain in office. This is the case, as already confirmed, of Cristina Narbona as president of the party; Adriana Lastra as Deputy Secretary General; and Santos Cerdán as Secretary of Organization.

Likewise, they retain their seat, although with different responsibilities, the leaders Alfonso Rodríguez Gómez de Celis, who will now be Secretary of Municipal Policy; Javier Izquierdo, who will assume the Electoral Action Secretariat; the Secretary General of Extremadura, Guillermo Fernández Vara, as head of Autonomies; Pilar Cancela, who assumes the Foreign Ministry; Patxi López, as Democratic Memory and Secularism.