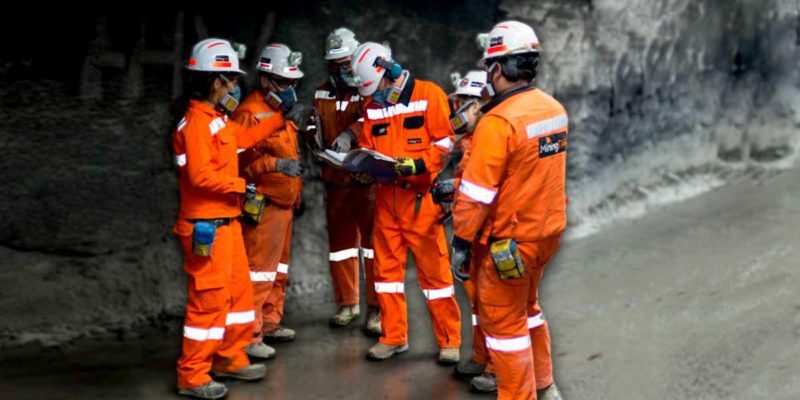 On Thursday, August 5, 2010, 33 miners were trapped at a depth of 720 meters for 70 days in the San José mine, in Chile. This moment marked the citizens of the country and the mining sector, as Sergio Valenzuela, founder of Mining Tag, tells it.

For weeks, engineers were unsure how to pinpoint the miners’ locations or how many there were, and the urgency for safety and operations management solutions within the sector increased.

It was at this time that Valenzuela and his partner Andrés Rodríguez decided to accelerate their smart mining venture. This works by collecting data for the control of productivity processes; thus, it improves security conditions, through sensors.

Mining Tag technology works with RFID sensors, which transmit the identity of any object through radio waves, which are placed throughout the mine infrastructure.

With the sensors, a network can be designed to have accurate and real-time information on the operation of a project and the location of its workers.

For example, Valenzuela told a local magazine that in the largest copper deposit in the world, called El Teniente, the startup had to create a network that simplified the data of each truck that carries the mineral, data that was taken on paper and that they were frequently lost or had errors in transcription.

With only one month of work, the company launched a network of sensors that allowed to know precisely the delivery data of each truck. Also, the sensors were placed at each emptying point and with this the two days of offering information were reduced to being in real time.

This example can be seen in different operations within the field work of a mine, such as drilling data, employee entry and exit; as well as other processes that are done manually.

“If the infrastructure of the mine allows it, we can know where the workers and equipment are in real time […] you save a lot of time and you can have timely corrective measures, in the face of manual processes that continue to be the main means that exists in Latin America ”, said Valenzuela.