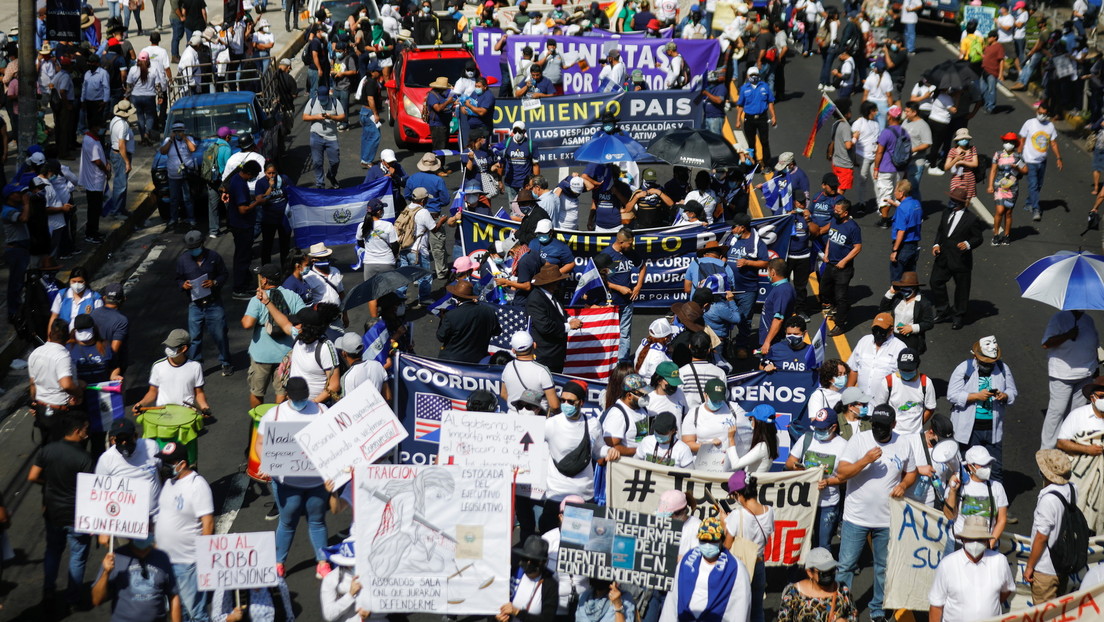 Thousands of Salvadorans protest against Bukele, as he approaches the middle of his term (PHOTOS, VIDEOS)

At least 4,000 people took to the streets of the capital of El Salvador again this Sunday to protest against the policies of President Nayib Bukele, accused of exercising his position with authoritarianism, while approaching the middle of his term.

🗣📢#What is the route ✊🇸🇻#ElDomingoMarchamoshttps://t.co/fFsbQQaVH8

Among the main complaints is the rejection of the approval of bitcoin as legal tender, after the Central American country became the first to adopt this currency on September 7, which according to the Government will help to recover the stagnant economy.

They also expressed their dissatisfaction with certain measures such as economic policies, a new reform that makes it easier for the Supreme Court of Justice to transfer or dismiss judges, the proposal for a constitutional reform, among others.

As part of the day of demonstrations, which reached the Gerardo Barrios square, in the center of San Salvador, several people wore white or black shirts that said “No to bitcoin”, demanding that the law that made the use of cryptocurrency official is repealed. Likewise, posters with phrases such as: “Bitcóin, the scam”, “No to the dictatorship”, “Democracy is not negotiated, it is defended”, “Enough of authoritarianism”, and more were read.

For his part, the president has tried to undermine his opponents. In his Twitter account he published videos in which it is observed how some protesters attack a person who opposes the protests. “I will never understand why the protesters hate so much the people they claim to defend,” the president wrote.

I will never understand why the protesters hate the people they claim to defend so much. pic.twitter.com/SBfGNzCiFM