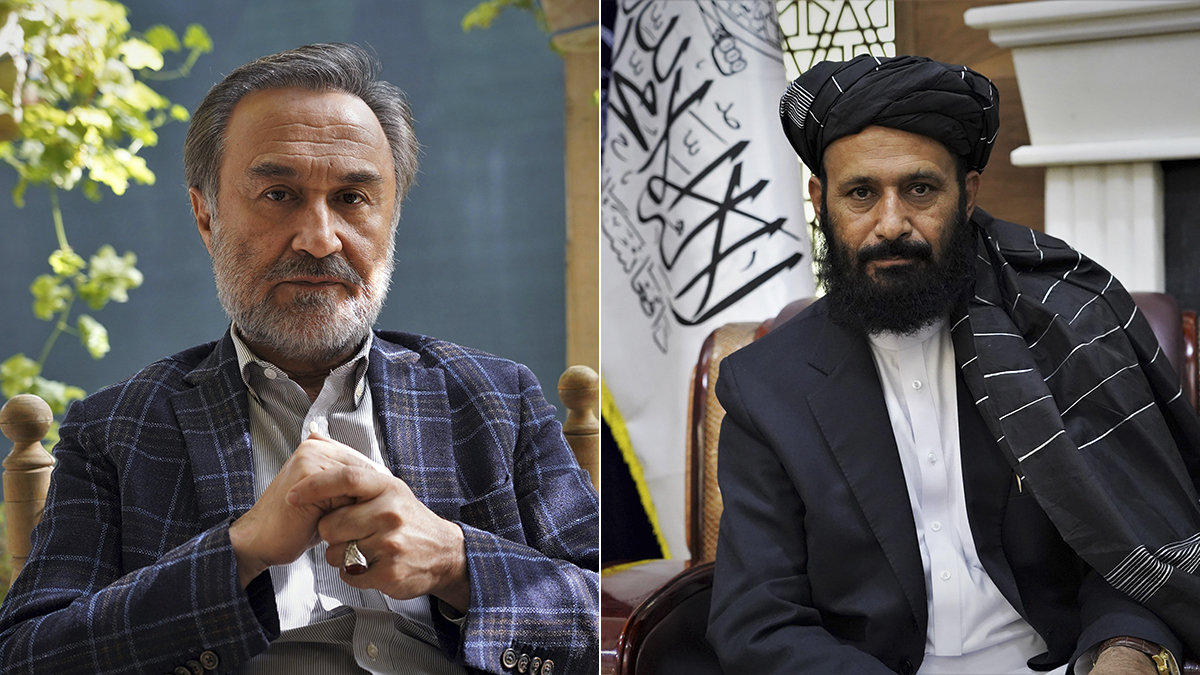 Three mayors for Kabul: a rare case of collaboration with the Taliban | International

Noisy and chaotic traffic jams, widows in burqas begging, dusty hills, fruit carts, mobile recharging stations, drug addicts, money changers, children flying kites, homeless families displaced by the conflict … In the midst of it all, garbage crews that one finds from time to time are the best example that the local administration continues to function albeit in fits and starts. The Kabul that the Taliban attacked in 1996 has little to do with the one they found in 2021. That war-eaten city has been rebuilt in the last two decades and its population has grown from one million to about six million. Despite the revolution suffered in recent weeks and the psychosis of possible attacks, the city maintains its rhythm of life. In any case, the hundreds of controls with armed men who impose their law in the streets remind that, although these days there is no war, there is no peace either.

This is well known to Hamidullah Nomani, 57, who now occupies as interim mayor the same office in which he already worked for 16 months a quarter of a century ago as the Taliban ruler of the Afghan capital. It is from there these days that the city, the country’s main showcase abroad, does not lose its pulse. Nomani acts as a hinge between the outgoing mayor, Daoud Sultanzoy, and the one who will definitely occupy the position, Maulawi Abdul Rashid, who is pending to take office. Beyond the 7,000 workers hired to collect garbage and clean the streets, their main concerns are to recover municipal lands occupied in recent years and to regulate the chaotic urbanization and construction that prevails. Also remove the concrete walls that have divided much of Kabul for security reasons in the last two decades to prevent attacks like those carried out by the Taliban themselves.

They arouse less concern in the interim mayor that women, who according to him represent between 15 and 17% of the approximately 3,000 municipal officials, are not allowed to return to their positions unless they perform a function that cannot be filled by a man . “Normal office employees are not allowed to attend their jobs. We pay them their wages while at home ”, tries to justify Nomani. And until when are they going to pay those salaries? “I do not know for how long, but the Islamic Emirate of Afghanistan will obviously have to regulate the situation of those women whom we have told to stay at home,” he explains during an interview with MRT on October 9 in his office. In addition to an adviser, the meeting is supervised by an armed Taliban who, after a few minutes, leaves the room. Two dozen men await their turn at the door, almost all bearded in turbans and traditional clothing like the one worn by the mayor. The trickle of appointments with requests of all kinds is incessant.

Those responsible for the Emirate are increasingly concerned with security, although it does not seem that those in charge of it are especially professional. The reporter has to pass two controls in which, in addition to registering his belongings, he is forced to show that his camera is really for taking photos and not for attacking the mayor. But the zeal they show with the foreigner does not allow them to realize that they hardly search the interpreter who accompanies them.

Unlike government employees, who have to collect at least two monthly payments, Hamidullah Nomani ensures that City Council workers are up to date on their collections.

Meanwhile, in a case of strange transition of powers in the Emirate, Nomani has the collaboration of his predecessor in office. Daoud Sultanzoy became mayor in April 2020 supported by President Ashraf Ghani, with whom he competed in the race for the country’s presidency in 2014. In order to be a candidate, this civilian pilot married to a television presenter and former Miss Kabul , had to park his American passport. “The Taliban have won the battle, but not the war. The war is to fix this country, rebuild it and solve poverty, unemployment, the economy… ”, claims the outgoing mayor. To do this, he calls for the involvement of the international community, which, at the same time, he points out as responsible for leaving the country in a hole.

“Why did I have to go? I have a responsibility with six million people and I cannot abandon ship, “says Sultanzoy,” about 66 years old, “during an interview with MRT on October 5 at his home in Kabul. In a game that perhaps reveals the need to safeguard his security, the outgoing alderman is more critical of the previous government than the one the jihadists are trying to raise these days. Escaping the country “was not responsible”, he blames them. The first pointed out is President Ghani himself. “It is true that I did not know what was going to happen to me, but I decided to stay,” he adds. In any case, he insists that his role is only brief and transitional.

Kabul is now according to Sultanzoy a city with more freedoms, more educated population – especially women -, more private sector, infrastructure and media than in 1996. “This is something that we should not waste and that the Taliban should capitalize on,” he recommends. He asks the international community to open ways for the country to emerge from the “economic disaster” because “famine, poverty and unemployment is not a creation of the Taliban,” he comments on the inherited burden. “Let’s not forget this,” he adds, highlighting the embezzlement suffered by Afghanistan due to corruption during the years of occupation by foreign troops.

Criticism at street level, however, also splashes Daoud Sultanzoy. Several journalistic sources recall the case of his supposed arrival in Pakistan taking away an Afghan army fighter plane in the 1980s. The mayor changes his tone when asked about it, responds angrily and demands that this answer be published as a condition to accept good interview. He assures that the protagonist of the story is a soldier named Daoud like him. “That is a lie. I have never been a military pilot. I was a pilot for Ariana (the country’s passenger company) and I was trained in America. I left Afghanistan in April 1980 (…) and this military pilot Daoud took a plane to Pakistan in 1986, ”he says.