Three more US missionaries from those kidnapped in Haiti released | International 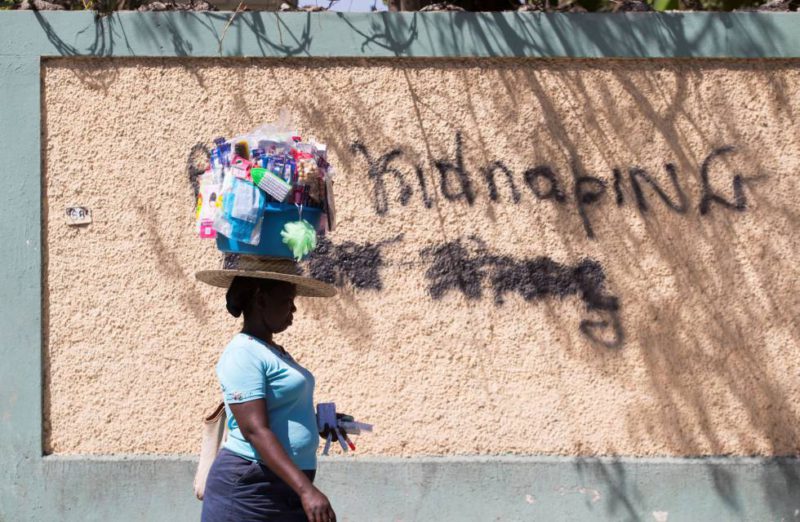 Three new members of the group of 17 North American missionaries and their relatives kidnapped in mid-October near the Haitian capital, Port-au-Prince, have been released and are safe, the religious organization to which they belonged announced on Monday, while twelve others they remain in captivity.

“We thank God that three more hostages were released last night,” says Christian Aid Ministries. in a statement on your website, in which he assures that these people are “safe and sound” and with apparent “good humor.” With the release of these three missionaries, there are now five in total who have been released. “As it happened in the previous release, we can not provide the names of the people released, or the circumstances of the release or any other details,” adds the religious organization based in the state of Ohio, in the midwestern United States. .

On October 16, a group of 16 Americans and a Canadian – 12 adults and eight children between the ages of 8 months and 15 years – were kidnapped after visiting an orphanage in an area under the control of one of Haiti’s main gangs. 400 mawozo, which demanded a million dollars each. In November, two of them were released.

The United States classifies Haiti in the dangerous red zone and discourages its citizens from traveling to the Caribbean country, plagued by poverty, gang violence and political instability. After learning of the kidnapping, the FBI sent agents to Haiti to try to locate them, but the US government made it clear at all times that it would not negotiate with the captors.

The Center for Analysis and Research in Human Rights (CARDH), an NGO that has specialized in monitoring kidnapping cases, revealed that, in addition to the money they asked for the ransom of the hostages, the 400 Mawozo are also demanding the release of the hostages. one of its leaders, who is serving a sentence in the National Penitentiary.

Indiscriminate kidnappings have become commonplace in Haiti and have skyrocketed especially in recent months, after the assassination of President Jovenel Moise, which occurred on July 7, which caused great instability in the country. The CARDH has counted 803 kidnappings between January and the end of October, including 54 foreigners from four countries, but it is not usual for hostages to spend as much time being kidnapped as has happened in the case of this group.