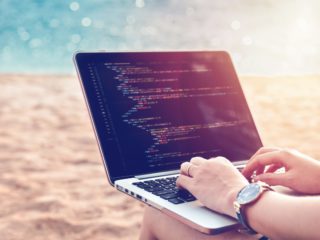 While John McAfee dies in a Spanish prison, a debate has broken out among scientists about the carbon footprint of electric cars. The delta variant of SARS-CoV-2 is on the advance. The national cycling plan submitted by the federal government met with divided opinions in the Bundestag’s transport committee.

The keyboard manufacturer Cherry has to be satisfied with a lower than expected issue price for its shares when it goes public. Consumer advocates, on the other hand, warn against overly aggressive sales employees who market fiber optic connections on house doors and by telephone. The most important of the day in brief.

John McAfee is dead. The software developer and antivirus pioneer was found dead in a prison cell in Barcelona on Wednesday. Hours before his death, a Spanish court approved McAfee’s extradition to the United States. McAfee was 75 years old. The cause of his death is currently being investigated.

Like the person McAfee is controversial Electric car carbon footprint. A professor at the Karlsruhe Institute of Technology and his colleagues have accused the EU Commission of a fundamental calculation error in an open letter. A professor at TU Dortmund University criticizes the accusation and describes the letter as extremely embarrassing. The alleged calculation error in the electricity mix leads to a dispute over the carbon footprint of electric cars.

However, it is undisputed that the contagious Delta-Variant of Coronavirus is also on the advance in Germany – despite the overall falling corona numbers. It was to be expected that the mutation, which was first discovered in India, would have spread in many parts of Germany. In view of the development of the delta variant of SARS-CoV-2, the virologist Christian Drosten advocates increasing awareness of the importance of vaccination.

However, there are different opinions about the National Cycling Plan 3.0, which was presented by the federal government in April. The Union parliamentary groups in the Bundestag’s transport committee call it a “super thing”. On the other hand, for the representatives of the Greens, the National Cycling Plan acts like an “unfinished to-do list of the Ministry of Transport” at the end of the legislative period.

On the other hand, sales employees who Offer fiber optic connection contracts. This is not always appropriate. The consumer advice center Rhineland-Palatinate warns of representatives who are selling fiber optic connections at the front door or by telephone. There have been increasing complaints lately about overly aggressive fiber optic sales. Consumers shouldn’t allow themselves to be put under pressure.