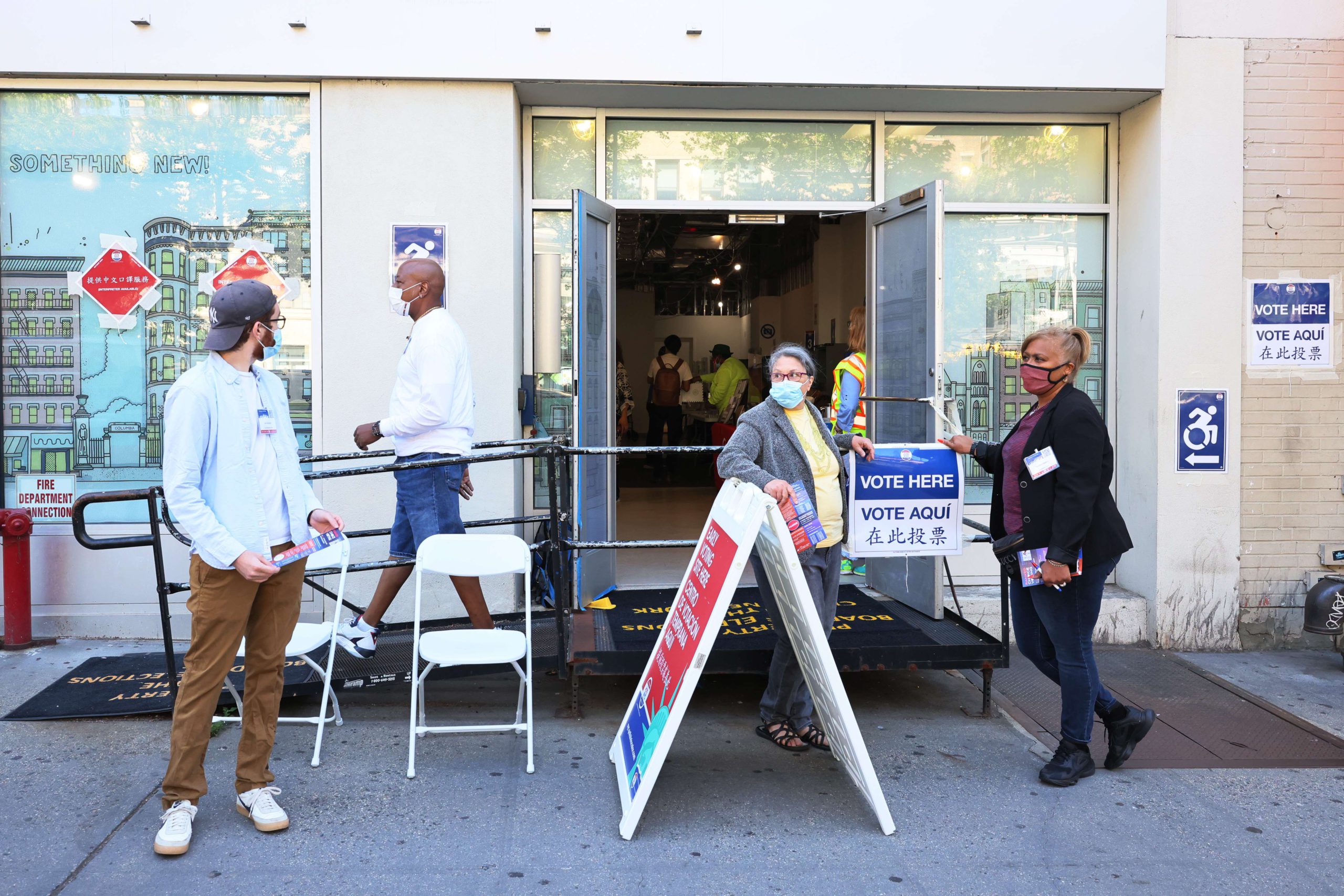 In the primaries for mayor of New York, which conclude this Tuesday, in practice 13 Democratic candidates and two Republicans attend. Out of them will come the one who will most likely be elected mayor in November, in an election in which Wall Street has actively urged its employees and investors to participate. The economic recovery after the pandemic is at stake, when the city has an unemployment rate that is double the national average (10.9% compared to 5.8%), although districts such as the Bronx are around 15%. That is why the economy, along with the rise in armed violence, has monopolized the campaign.

Given the irrelevance of Republicans in a Democratic city to the core – there are 500,000 registered Republican voters, compared to three million Democrats – the name of the future councilor will come out of the eight Democrats with the most possibilities, so different from each other that it is difficult to find a common partisan denominator. This is why New York is also, in a way, a test bed of the future for the Democratic Party.

Of all of them, the fate will be decided according to the polls between Eric Adams, president of Brooklyn and former policeman; Andrew Yang, a former 2020 White House Democratic primary candidate with no political experience; Kathryn Garcia, municipal manager with positions of responsibility in the Administration of Bill de Blasio, the outgoing mayor, and Maya Wiley, civil rights lawyer, former de Blasio councilor and with strong support in the most leftist faction of the party, such as those of Alexandria Ocasio-Cortez or Elizabeth Warren. Other applicants in their day leading, such as Shaun Donovan, former head of Housing under Barack Obama, and, above all, Scott Stringer, former auditor of the city on whom accusations of sexual harassment weigh, have lost steam, but are still in contention .

The favorite according to the polls is Adams, a former policeman who still carries his gun and tries to convince voters that he is the only one capable of stopping the crime peak that the city is experiencing. Its most direct rivals have also raised the threat of insecurity. Garcia, for example, proposed in the final stretch of the campaign a package of measures to remove thousands of weapons from the street and a youth employment plan to prevent young people without expectations from joining the gangs, protagonists of most of the events. On May 2, the number of incidents registered an 80% increase over the previous year.

Faced with the strength of Adams and his message of law and order, his two main opponents, the inexperienced but highly mediatic Yang and the accredited Garcia -was a Sanitation councilor with De Blasio and responsible for food aid during the pandemic-, have joined forces, in an unexpected alliance announced this weekend, coinciding with the last two days of early voting, in which only 192,000 voters participated. Adams, who is black, considers the pact to be racially discriminatory, something that Wiley, also black, does not share. According to analysts, Yang and Garcia’s alliance is tactical, given that their breath had been deflated in the last leg of the race.

In an explicit way, the race has therefore sneaked into the range of issues that have marked the debate at the last minute. Of the police reform or the difficult access to housing -a capital issue in a city with an asphyxiating cost of living-, the cleaning of the streets, the safe return to school after a year without classes or the deficient municipal transport service, the Different proposals have shown how far candidates can be from the same party, even though they all subscribe, for example, to the importance of environmental sustainability. The identity question has always been there, even in a city as mestizo as New York: Adams accuses his rivals now allies of trying to undermine his support among the black and Latino communities, after Yang and Garcia have monopolized, for example, the vote of Jews or Asians.

This year voters will be able to choose up to five names on the ballot papers, which greatly complicates the scrutiny, which according to the newspaper The New York Times it may not be over until mid-July. That is why Adams has also wanted to mark a distance by announcing that it will release its own results, without waiting for the officials.

Adams proposes a reform of the police from within. The moderate Garcia categorically rejects the campaign defund the police (withdraw funding from the police) that arose after the murder of African American George Floyd in Minneapolis, in May 2020, at the hands of an agent. Adams, highly critical of police brutality, also does not support cutting the budget. The heterodox Yang defends the restoration of normality in the streets and the subway as the best way to fight insecurity, as well as appointing a top police officer outside the department, as new blood, while Wiley does propose diverting part of his budget to programs social. The department has just over $ 10 billion in 2021.

For the recovery from the pandemic, the new councilor will have federal aid of 5.6 billion dollars, which can rise to almost 10,000 if the local and state funds are added. Wiley announces a New Deal with the goal of creating 100,000 jobs, as well as a supply of affordable housing; also extend the anti-eviction moratorium as necessary. Garcia is committed to increasing the accessible housing stock and supporting small businesses. Adams shares the priority of helping SMEs, as well as the 1 million New Yorkers struggling to afford rent and homeowners threatened with eviction for non-payment. Ensuring the reincorporation to the classroom in the largest public educational system in the country is a measure that all of them address without distinction. Yang, for his part, advocates a minimum income of $ 2,000 a year for underprivileged New Yorkers.

Decarbonizing the economy, replacing school buses with electric ones, or building -or not- a wall that protects the New York coast from the onslaught of climate change are among the few proposals that seem to reconcile wills, even with differences. By a landslide, and before the polls close, the moderates (Adams, Yang and Garcia) seem to win against the progressive Wiley, but without discounting the applicants of the caboose -representatives also of the most leftist sector-, thanks to the possibility that a ballot with five blank squares gives them. The solution, in a few weeks.