“Tinder’s Gold Digger”: a musician dated a girl and she drugged him to steal everything on their first date 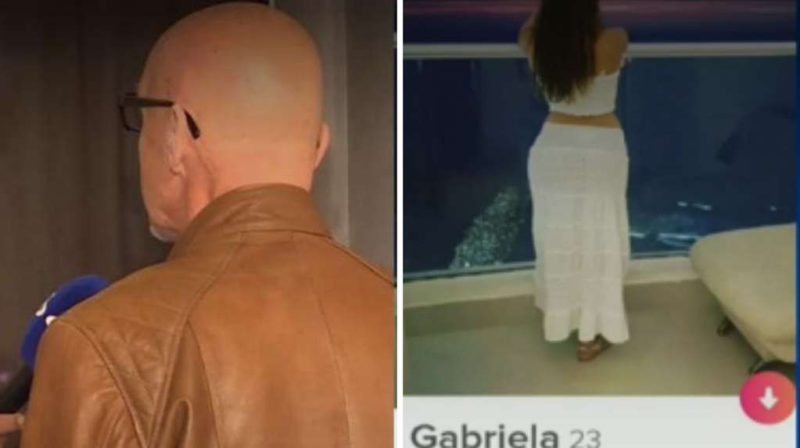 The way of looking for and finding a partner in the 21st century has changed dramatically. Just a few years ago, you could meet the love of your life in a bar or a bowling alley but the pandemic but new technologies also changed our way of relating. The dating app like Tinder they became one of the great tools to find a partner.

While there are many love stories that started this way, there are other cases where the other person’s technology and trust are used to cheat and steal. The same thing happened to a German musician who lives in Colombia with a woman he met online.

// After an unexpected find, they discover that a giant bat inhabited the planet thousands of years ago

The man contacted Gabriela through Tinder and they followed the conversation on WhatsApp. After several days, they decided to meet but nothing went as expected: the musician ended up in the hospital with serious injuries after the robbery and the scam of the woman.

“He stole my cell phone, my computer, my camera with several lenses, my cell phone, my watch, some jewelry from my mother. My mother died a few years ago and it was like an inheritance. That woman stole my peace of mind, “the man told TV Caracol.

According to the musician’s testimony, the woman gave him scopolamine, a drug better known as ‘burundanga’. This substance is used to control a person and transform them into a victim in order to subdue them and commit crimes.

The man was left unconscious for two days at his home while Gabriela stole all his belongings. Thanks to the help of his friends who were able to rescue him and take him to the nearest hospital. Upon awakening, the musician was full of blows to his arms, legs and face. “After that, I could no longer contact her because she had blocked me”, He added.

Police are still looking for the woman who scammed, drugged and robbed the musician. According to the information provided by him, with the telephone number they could find the whereabouts of this woman and thus prevent her from committing other robberies and deceptions.

How to avoid being cheated on a dating app

To avoid falling into this type of deception or scams, you must take into account some minimum recommendations:

– Avoid continuing the conversation with the person outside the platform

– Investigate the name of the user in other social networks. Be attentive to the situations that count.

– Do not send gifts or money