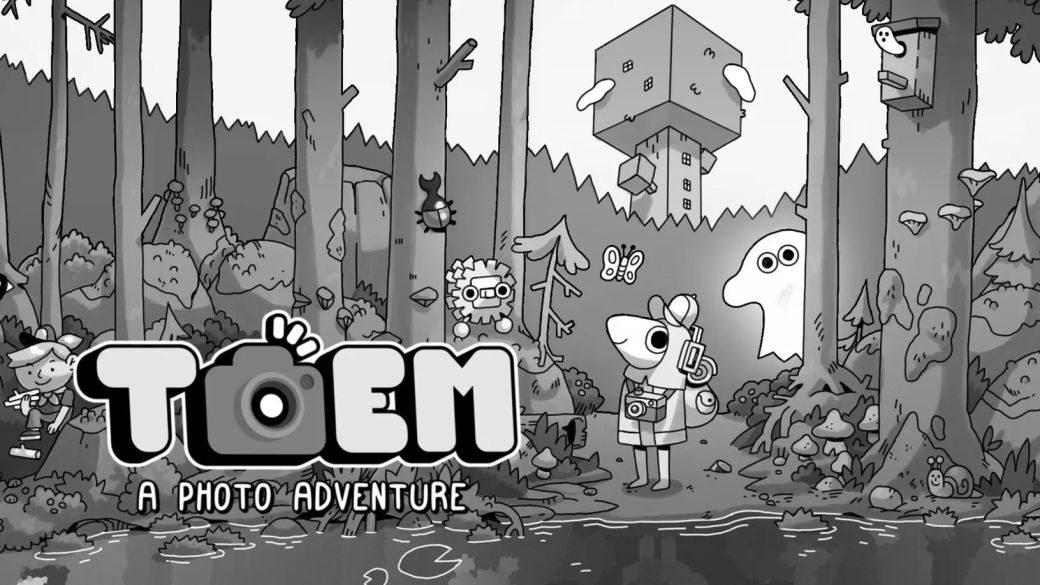 Toem, the relaxing photography game, already has a date on PS5, Switch and PC

Something We Made has confirmed that Toem: A Photo Adventure will go on sale this September, 17th for PS5, Nintendo Switch and PC (Steam, Humble Store and Epic Games Store) at a suggested price of 17,99 euros. After its announcement during the Nintendo Indie World last August, the title confirms its multiplatform premiere; although it leaves out the Xbox and PlayStation 4 consoles.

What is Toem: A Photo Adventure about?

Toem is defined as “a relaxing hand-drawn adventure game, in which players go on an enchanting journey and use their photographic skills to uncover the mysteries of the eponymous TOEM.”

The work of Something We Made, a small studio of three people based in Sweden, will invite us to embark on an expedition in which we will have to bring out our talent in photographic work to unravel the mysteries of the TOEM. In the path, quirky characters with whom we can talk and with whom we will help, puzzles whose resolution will go through the taking of photographs and, ultimately, a relaxed journey with various mechanics.

Niklas Mikkelsen, CEO of Something We Made, explains on the PlayStation Blog that the game began development in 2018; they never imagined that Toem: A Photo Adventure was to become one of the most prominent independent games of the second half of 2021. “The game has gone through a long and interesting development cycle, from changing its genre to completely revamping the game from scratch! It took us a long time to fiddle around until we got to the current design of the game. The first idea of ​​what would become Toem began with a simple drawing ”, as we see in the image. It is from that idea that it all began. “Our hope is that you feel happy and calm while playing our game. “.

Toem: A Photo Adventure It will be released in digital format for PS5, Nintendo Switch and PC in the indicated stores this September 17. Toem has won awards for featured game at London Games Festival 2021 and Day of the Devs 2021.