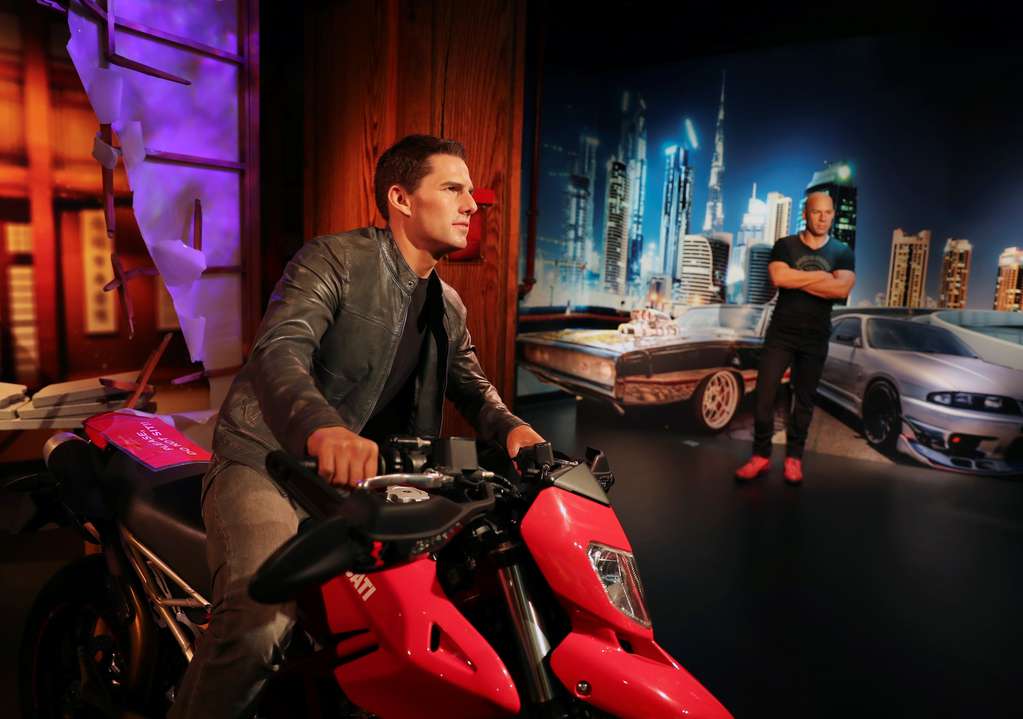 Madame Tussauds, the famous wax museum franchise, inaugurated a few days ago in Dubai its first establishment in the Arab world, with replicas of famous people from the area along with some of the world’s biggest celebrities.

“The Dubai edition is not only the 25th version of the popular international wax figure attraction, but the first of its kind in the Persian Gulf and introduces some completely new and unique to the regional entertainment scene,” said the celebrated brand. museum in a statement the same day of the opening while the first visitors were photographed next to Isabel II, the Queen of England, dressed in pink, to share a delicious tea.

The Dubai museum, located on the island of Bluewaters, has more than 60 figures distributed in sections dedicated to leaders and royalty, fashion, sports, media characters, cinema and music.

Along with figures such as Donald Trump, Queen Isabell II, Leo messi, Audrey Hepburn, Rihanna or Cristiano Ronaldo, there are others exclusive to the Arab world, such as the Lebanese singer Maya Diab, the Emirati comedian and youtuber Bin Baz or the Egyptian singer and actor Ahmed Fahmi.

Although most of the celebrities from the Middle East represented are men, there is a significant presence of female figures from the region, in which women have traditionally had fewer rights and less social visibility than they.

Along with Amna Al Haddad, Maya Diab are also Lebanese singer Nancy Ajram or her colleague Balqees Fathi, an Emirati artist of Yemeni origin noted for her defense of women’s rights.

The museum also exhibits a large representation of performers from Bollywood, India’s burgeoning film industry, which is very successful in some Persian Gulf countries.

The museum Madame Tussauds opened its doors for the first time in London in 1835 and already has branches in Europe, the United States, Asia and Australia in which wax figures of famous people are exhibited created with the same technique that the well-known artist Marie Tussaud used two centuries ago.

In all museums one of the most photographed personalities is the Argentine Leo messi. He is followed, very closely, by the couple formed by Prince Harry and Meghan Markle who are at the London headquarters.