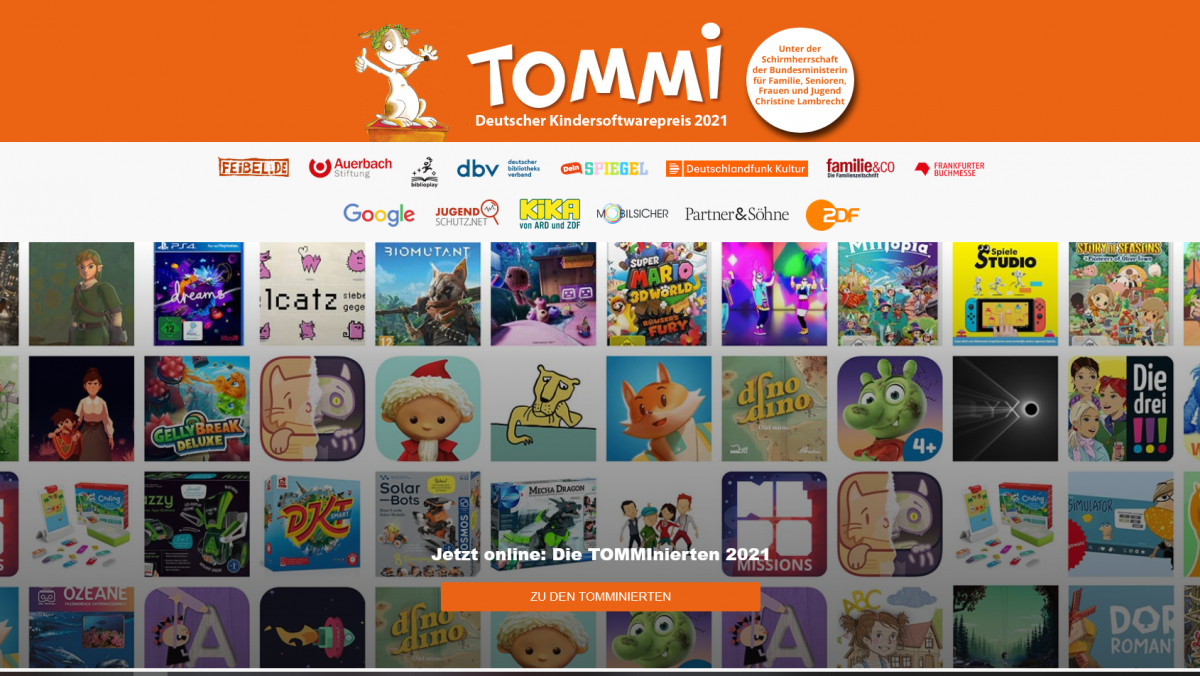 The nominations for the German children’s software award “TOMMI” have been confirmed. The expert jury, consisting mainly of media representatives and educators, tested products from the categories education, console, app, PC, USK 12 and electronic toys from seven categories. According to the TOMMI jury, there is a strong trend towards cooperation games and the high quality of the entries.

Now it’s the turn of the children’s jurors: They test the nominated software and hardware in 20 libraries in Germany, Austria and Switzerland. The award ceremony will be broadcast live on television on the children’s channel (KiKA) at the end of October.

In the Education category, which has been represented since 2020, the nominees include The Chancellor Simulator, the Investnuts financial game, the “Spaceburgers – Journey to Green Haven” app and the Osmo Coding Starter Kit. The kit consists of an attachment for the iPad with which the camera is directed to a surface in front of the tablet, where children can experiment with physical programming blocks.

Among the pre-selected console games are the Sackboy title “A Big Adventure” for PS4 and PS5, “Mario 3D World & Bowser’s Fury” and the dance rhythm game “Just Dance 2021”. For the USK 12 category, the game “It takes two” was listed, a cooperation game in which parents who are almost about to divorce have to find each other again in the game.

“The Legend of Zelda: Skyward Sword HD” is a remake of the classic “Legend of Zelda” in which there is a lot of exploration and fighting. Only young people aged 12 and over can also vote in the children’s juries for the new category USK 12. Another nominated game in this category is Marvel’s Spider-Man: Miles Morales. For the special price for kindergarten and preschool there are among other things a Sandman and Die Olchis app to choose from.

Last year almost did 900 children across Germany under strict hygiene requirements for the nominated games and educational software Voted. One of the first places in the respective categories in 2020 was the console game “Ring Fit Adventure” from Nintendo, and one of the winners of the PC games “Spongebob Square Pants – Battle for Bikini Bottom”. The winner among the apps was “Kleine Löschmeister”, a fire department game developed by the Bavarian Insurance Chamber in cooperation with the German computer game developer Daedalic. Second place among the most popular apps is the Anton Plus app, which is often recommended by teachers. In addition, LEGO won “Lego Super Mario Adventure”, an electronic toy.