Home
World
Toni Vingut is ready for his third Dakar

Toni Vingut is ready for his third Dakar 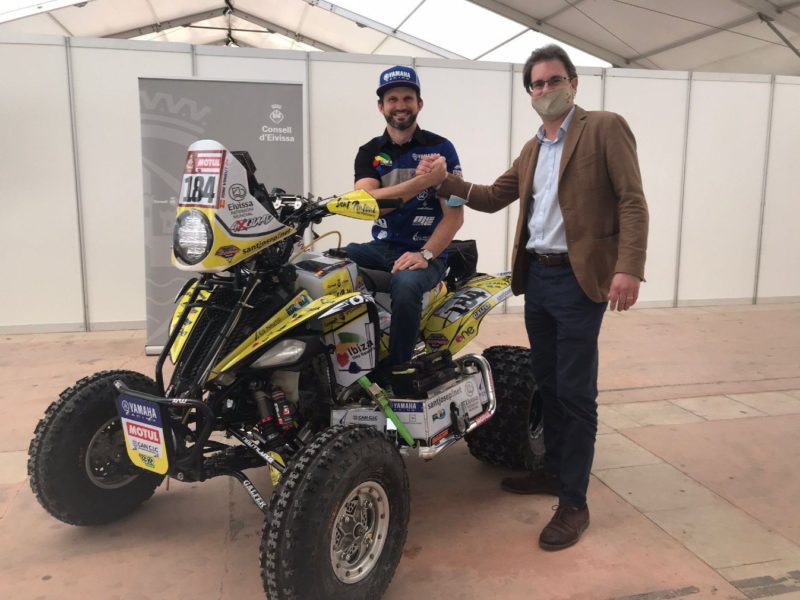 Toni Vingut will participate for the third time in the Dakar. The Ibizan pilot confirmed it yesterday in a ceremony held in the Ibiza Fairgrounds in which he was accompanied by the minister Salvador Losa, the insular director of Tourism, Juanmi Costa, and councilors of the five Pitiusan town councils.

Within the framework of this presentation, Minister Losa explained that “it is a pride to have an Ibizan participating in this international event and taking the name of Ibiza together with sport at the highest level».

For his part, Toni Vingut himself added that “this is the third time that I have participated in this test with the goal of reaching as high as possible. Because this year I have a quad with many new features that I think can lead me to meet my goals.

It must be remembered that in his debut, in which He was on the verge of finishing and even making it into the top ten. Only a mechanical problem in the penultimate stage prevented him from reaching the goal of Quiddiyah. The following year he was able to finish the demanding test.

Toni has been training hard to reach the Dakar in good condition and last October he won the Cuenca Rally within the category of quads roadbook. The Ibizan pilot took the test as a general rehearsal in which to test the speed and resistance of his new quad.

The Dakar 2022 will be officially presented this Sunday, but it is already known that the Spanish participation in this edition will be record, although only Carlos Sainz and Nani Roma have a real chance of winning outright. Then there is a good contingent of drivers capable of fighting to enter the Top 20: Isidre Esteve, Jesús Calleja, Óscar Fuertes and, why not, perhaps Toni Vingut himself. The Dakar will start on January 2 and will last until January 14.