Too high CO2 values: Porsche is threatened with recall 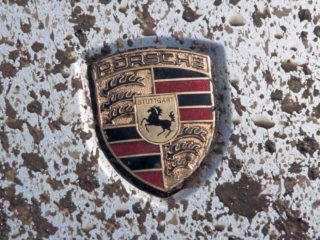 Porsche is threatened with the recall of thousands of its vehicles. In connection with possible manipulation of the hardware and software of some older vehicle models, the Federal Motor Transport Authority (KBA) has now initiated a formal hearing against the manufacturer, according to dpa information. The KBA and Porsche both confirmed on request that a procedure was ongoing, but neither side commented on details. As a result, a recall of the affected vehicles could ultimately be ordered.

KBA investigations into allegedly incorrect consumption figures for certain Porsche vehicles have been reported to have been going on for months. In August 2020, Porsche announced that it had discovered “issues” during internal audits and reported them to the authorities. These topics concern “specific hardware and software components that have been used in typing measurements”. According to Business Insider Measurements carried out by the KBA in the meantime showed that the CO2-Emissions on the test roll were significantly higher than the manufacturer had specified for the type approvals.

Porsche stated that “a few models” and a “very small number” were affected. The proportion of relevant vehicles is less than one percent of the Porsche fleet. Also, there has not yet been an official decision on “none of these vehicles”. “The proceedings are in the early stages of the hearing.”