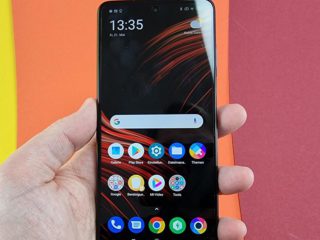 Today, high-end smartphones can easily cost more than 1000 euros. They have great cameras, first-class screens, and an incredible number of features. But for most tasks – social media, Spotify, Netflix, web browser, navigation and many other apps – a much cheaper model is sufficient. Gone are the days when cheap cell phones were basically useless. Entry-level devices already have extraordinary features and have long ceased to disappoint with no-go features such as resistive touchscreens or poor display resolution. Still, a few things should be considered when looking to buy a cheap smartphone.

The age of the devices plays a role that should not be underestimated. Older models are cheaper than when they were launched, but even high-priced smartphones usually don’t receive any updates after two or three years at the latest. This is much more likely the case with cheaper smartphones, so there are no new Android versions or patches for security holes.

An exception are smartphones with Android One (best list: top 5), which usually have an update guarantee of two years. All smartphones in our list use at least Android 10, most of them even Android 11. This is remarkable for smartphones under 200 euros. Due to the update problem, we have only included smartphones from 2021 in our list of the best.

Not only do older smartphones have little memory, current models sometimes offer very little space. Certain limits should not be undercut. RAM shouldn’t be smaller than 4 GB, below that it jerks quickly. In times when even mobile games can have more than 1 GB, the internal data storage should not fall below 64 GB and it should be expandable with a micro SD card. All the models listed here are beyond any doubt, 4 GB of RAM and 64 GB of internal, normally expandable memory can be obtained without any problems for up to 200 euros. It even has 6/128 GB – why should you be satisfied with less then?

The display size is basically left to your own taste, but the image sharpness should not fall below a certain level. As a guideline: below 275 pixels per inch (PPI), content quickly appears blurred, but it can be 300 PPI or 400 PPI and more. With HD resolution this can be tight, with Full HD (1920 × 1080 pixels) you are on the safe side. Accordingly, all of our listed models have FHD + resolution. There are hardly any OLEDs in the lower price ranges, especially not in young models. But there are exceptions, and there are likely to be even more in the future. We explain more about the resolutions and display technologies in the guide to smartphone displays: Panels, resolutions and frame rates explained.

With cheap models, you shouldn’t expect too much from the cameras. Under optimal lighting conditions, they usually still take good-looking pictures, but when the light is fading it quickly looks very different. If you still want to shoot good quality pictures in the evening, you should take a look at our list of the best smartphones with optical image stabilization up to 300 euros or generally look in a significantly higher price range. There are main cameras up to 64 megapixels for up to 200 euros, and sometimes there is even a wide-angle lens. Other additions such as depth sensor and macro camera are only good on paper, however, meaningful extras such as telephoto lenses are currently not available in this low price range. If you value it, you should take a look at our top 10 list: The cheapest smartphones with an optical telephoto lens and ultra-wide angle.

Do you want NFC, WLAN ac, fingerprint sensors and the like? Then keep your eyes open when you buy a smartphone: In the price range up to 200 euros, everything is not always included or only in a weaker form. All devices have WLAN, of course, but many only have the n-standard, which has now become quite outdated. Here, too, our listed models are exemplary, all of which offer the latest technology. Only luxury features such as wireless charging are not yet to be found here. There is even 5G radio now.

These are the 10 best smartphones up to 200 euros

Note: Our best list is a snapshot that also takes into account the daily prices at the time of creation. But since they fluctuate a lot, the list and the order of the smartphones should be understood as a guide.

Most recently, the Xiaomi Poco X3 NFC (test report) was in our first place. Since we have now only focused on models from 2021, it is now being replaced by the Xiaomi Poco X3 Pro (test report). The device offers an IPS-LCD with 120 Hertz repetition rate, quad-cam with 48 megapixels and wide angle, in addition to all standards such as NFC, the Xiaomi-typical IR blaster and also a powerful Snapdragon 860 as a drive. No other current smartphone offers so much power for less than 200 euros.

The only drawback of the new chipset, which is a revised former top chip: 5G is not included. In return, buyers can look forward to 6/128 GB of memory and the battery life is excellent thanks to 5160 mAh. Android 11 is also available.

Our number two is right on the heels: the Xiaomi Redmi Note 10 5G. The display is slightly smaller and only comes to the customer at 90 Hertz, the triple cam dispenses with the wide angle. A modern Mediatek Dimensity 700 serves as the drive, which together with 4/128 GByte memory and Android 11 ensures absolutely smooth operation. Here, too, everything you need is included, a battery with 5000 mAh ensures proper endurance. The cheap smartphone can even handle 5G!

Confusingly similar in terms of name, but actually slightly different: Redmi Note 10 5G in second place and the Xiaomi Redmi Note 10 in third place. Instead of 90 Hertz LCD, there is OLED with 60 Hertz, the camera also has a wide-angle lens and the front cam has double the resolution. A Snapdragon 678 serves as the drive, which together with 4/128 GByte memory ensures good performance, but dispenses with 5G. The rest of the equipment is similar, including the 5000 mAh battery and Android 11 ex works. However, with 33 watts, the power pack can be charged faster than the 5G version of the Redmi Note 10.

Another Poco phone: The Poco M3 Pro 5G lands in fourth place this time (test report). The device offers a 90 Hertz LCD, a triple cam without wide angle and a Dimensity 700 as a drive. Currently, only the 4/64 GB version is available for less than 200 euros, but time is of the essence for those interested. Here, too, buyers get a complete technology package including 5G, which is supplied with power from a 5000 mAh battery for a pleasantly long time – but only with 18 watts. Android 11 is also there again.

Higher refresh rates are currently the order of the day, and the Realme 8 5G (test report) scores accordingly with a 90 Hertz LCD. The triple cam lacks a wide angle, and the typical IR port of the Xiaomi models does not exist here either. The eponymous 5G is on board and the drive is again the strong and modern Dimensity 700 from Mediatek. It is combined with 4/64 GByte memory for less than 200 euros and is powered by a 5000 mAh battery. Android 11 is already installed here as well.

As with the Xiaomi Redmi Note 10 and the Note 10 5G, there is also a Realme 8 5G and a Realme 8. After the 5G version was already in 5th place, the Realme 8 (test report) is currently following for us on the sixth Place. In contrast to the sibling model, it offers an OLED screen with 60 Hertz and a wide angle and a powerful Helio G95 from Mediatek. The main camera is also the only model in this list to offer a whopping 64 megapixels. The smartphone does not lack power in combination with 4/64 GB of memory (less than 200 euros). Unsurprisingly, there is no 5G radio, otherwise the equipment, including the 5000 mAh battery, is similar. However, it is charged faster here with 30 watts. Android 11 is also available.

The next Xiaomi smartphone follows in seventh place: the Redmi 9T. The LCD only comes with 60 Hertz, with the camera Xiaomi uses a 48-megapixel main lens, 8-megapixel wide-angle and negligible depth and macro cameras with 2 megapixels each. The front camera is nominally the weakest with only 8 megapixels. The combination of Snapdragon 662 and 4 GB of RAM ensures sufficient performance in everyday life. Data ends up in the 128 GB internal memory, as with all devices in this top 10 it is expandable. With 6000 mAh, the battery is particularly powerful and ensures good runtimes. With 18 watts, the device charges quickly on average.

The confusion with the names continues with eighth place and the Xiaomi Redmi Note 9T (review). The display is largely identical to the screen of the Redmi 9T without the note affixed to the name, but the manufacturer does not use a wide-angle lens for the camera. But the front cam offers more resolution and the chipset, a Dimensity 800U, even offers a little more power than some of the better placed models. Up to 200 euros there is only 4/64 GB of memory here – but that should be enough for most users. 5000 mAh is sufficient for around 2 days of running time, there is currently nothing more than Android 10.

We come to an unusual representative in this Top 10: An outdoor smartphone. The Umidigi Bison still offers a 6.3-inch FHD + LCD, a quad cam with wide angle, a lot of sensors and at least a Mediatek Helio P60. Surprisingly, the manufacturer combines it with 6 GB of RAM and 128 GB of internal memory and a decent equipment package including NFC. 5G is missing, but there is a battery with 5000 mAh and of course water resistance according to IP68 and protection according to MIL-STD-810G.

The crowning glory of our current top 10 is the Oukitel C21. The device offers a simple IPS LCD with FHD +, a triple cam with only 16 megapixel main camera without wide angle and also a Helio P60. Here it is only combined with 4/64 GByte memory and the battery measures only 4000 mAh. Android 10 is currently over. But it is particularly cheap.

A lot has happened in the lower middle class up to 200 euros, the hardware is getting stronger and stronger. For less than 200 euros, interested parties have long since received upper middle-class chipsets, usually 4, 6 or sometimes even 8 GB of RAM and a lot of storage space. In some cases, this is not much less than it was in top models not so long ago. In most cases, the main difference is the camera, even if the quality cannot be inferred from the mere number of megapixels. Some of the models in our tests performed surprisingly well, at least in decent light. In short: there are more and more mobile phones for less and less money – the user is justifiably pleased.

A tip on the side: The prices of smartphones sometimes fluctuate by several dozen euros within a few days. It is worthwhile to set a price alert. Our picture gallery shows how this works:

Never miss a bargain: How to set up the price alert