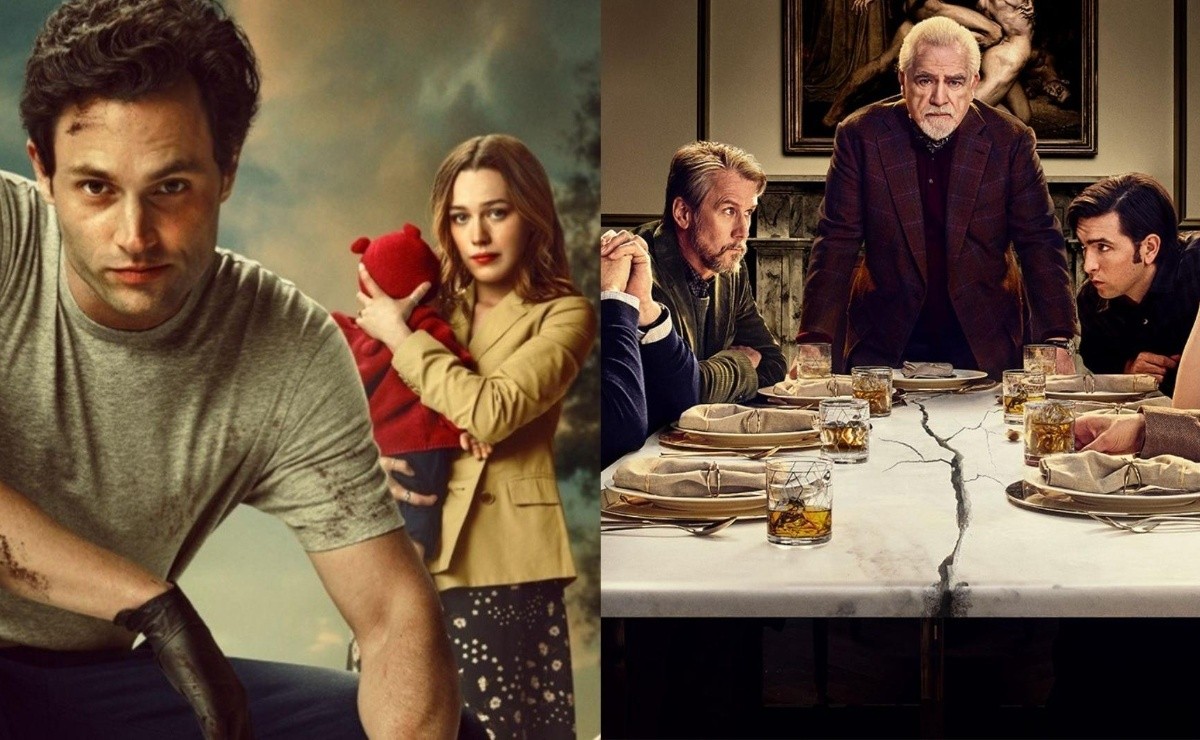 After a week of work and time away from home, there is no better recipe than staying inside a room with a remote control in front of a screen. That is why we did the homework for you and here we bring you the most outstanding premieres that will reach streaming services Netflix, Amazon Prime Video, HBO Max and Disney+. Check out what’s coming this weekend!

– You, season 3 | Serie
Joe’s stage as a father, alongside Love. The series is based on the successful novel by Caroline Kepnes.

– My Name | Serie
A woman who with a thirst for revenge, after the murder of her father, places herself under the command of a powerful criminal boss and at the same time joins the police force.

– The Forgotten Battle | Film
Story within World War II, when the lives of a pilot, a Nazi soldier, and a reluctant recruit tragically intersect.

– The Trip | Film
A husband and wife, determined to end their marriage by murdering each other, head to a remote cabin, where even greater danger awaits them.

– Four times four | Film
Follow four friends who, after their swingers take a turn, come to a remote beach to deal with the repercussions and reveal the deepest truths between them.

– History of the Occult | Film
Argentina in the late 1980s. During the latest broadcast of a successful TV show, a guest links the government with supernatural forces.

– Misfit | Serie
It’s about the Misfits who have an amazing year in store as they prepare a school musical and when the strict director bans the show.

– Little Things, temporada 4 | Serie
From living together to experiencing a long distance relationship, Kavya and Dhruv have overcome it all. But does six years of history assure you a future together?

– Mothers | Film
It is a story, set in the 70s, about Beto and Diana, a young Mexican-American couple who, expecting their first child, move to a small town in California, but strange events begin to disturb the mother.

– I know what they did last summer | Serie
Four young men cover up a car accident and are harassed by a murderer who knows what they did.

– Demonic | Film
A psychologist and a police officer investigate the deaths of five people who died while trying to summon spirits.

– The Waiter | Film
Follow Rodrigo, a young man who works as a waiter and when given the opportunity he does not mind lying to aspire to more.

– Succession, season 3 | Serie
The saga of a fictional American family owning an international media conglomerate that is not only rich and powerful, but also its members seek power and run the business in their own way, despite the established succession plan.

– Under Wraps | Film
Story set on Halloween, when Marshall, Gilbert, and Amy agree to help a 3,000-year-old mummy reunite with her lost love before it’s too late.

– Alvin and the chipmunks 3 | Film
Dave Seville, the chipmunks and the Chipettes take a luxurious cruise to the International Music Awards. Of course, Alvin can’t resist causing mayhem, and the singing rodents are left on a seemingly deserted island. While Dave and an ally begin a search, Alvin and company discover that they are not alone on the island, as they first thought.