Tortured or without a firm sentence: Mexico frees the first 682 prisoners by the decree of López Obrador 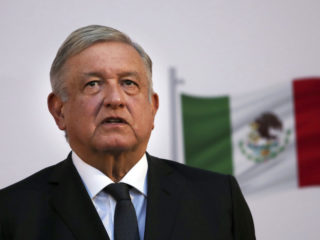 The Government of Mexico announced that 682 prisoners tortured or without a final sentence will be released, following a decree signed by President Andrés Manuel López Obrador.

The Secretary of the Interior, Adán Augusto López, reported that the inmates will be released on September 15 in various parts of the country.

The beneficiaries of this presidential decree will be people who were tortured, who have not received a sentence in 10 years and are detained for non-serious crimes, or who are part of the elderly population with chronic degenerative or terminal diseases.

“At the moment they have located 4,233 files of people sentenced or in preventive detention who were subject to analysis at the federal level, said files have already been delivered to the competent judges, the Council of the Judiciary, the Public Defender’s Office and the Attorney General’s Office, as corresponds to each case ” , reported the official.

“We trust that they will be resolved gradually so that people can obtain their freedom,” added the head of the Interior Ministry.

In some entities of the country, the process of releasing prisoners has already begun. Such is the case in Chiapas, where 180 prisoners have already been released, and in Mexico City, where 40 people were released.

The decree where López Obrador established the requirements for the release of prisoners, was published last August 25 in the Official Gazette of the Federation.