Tortured, raped and prostituted for 25 years: the trial of the French woman who killed her attacker begins 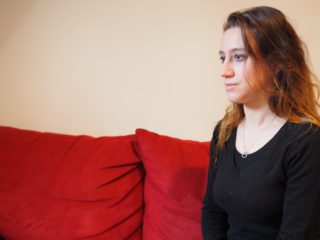 This Monday begins in France the trial of Valerie Bacot, a case that has shocked the French public opinion and that has caused the appearance of a movement of solidarity asking that no more pain be added to this woman’s life.

In 2016, Bacot shot her husband, Daniel Polette, dead. with the weapon he used to threaten her her and her children. He hid his body by burying it in the forest and reported his disappearance until months later the body was found by the police. Now the woman faces the request of life imprisonment.

Bacot’s two oldest sons, 16 and 17, and her daughter’s boyfriend, also 16, were sentenced in 2020 to a six-month suspended prison term for helping to conceal the body and cover up the crime.

But this story began much earlier, when Bacot was only 12 years old and began to be raped by Polette, who was then the his mother’s partner. The man was denounced by a relative and served 5 years in prison, but the abuses resumed upon his release from prison, until Bacot became pregnant at the age of 17 and her mother kicked her out of the house.

Alone and isolated, she went to live with her attacker and shortly after they were married. A marriage that lasted 18 years and that the woman described as a real hell. During all this time, she continued to suffer rape, beatings, threats and was forced into prostitution. What’s more, had three other children with Polette.

Her case has divided both French public opinion and the political class, between those who believe that the now accused is guilty of a crime and those who consider her victim, majority position. Likewise, the case has reopened the debate on the sexist violence in the Gallic country.

Almost 600,000 people have already signed a petition on the change.org platform requesting the release of Valérie Bacot or the pardon by the French Government. The institutions are accused of having failed since no one protected this woman for a lifetime from abuse.