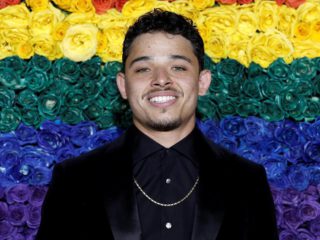 Lima, Sep 7 (EFE) .- The film Transformers: The Awakening of the Beasts began filming in the Inca citadel of Machu Picchu, located in southeastern Peru, although the Peruvian authorities clarified that the archaeological center will not enter “nor a hand “of robots.

Machu Picchu is an archaeological citadel considered world heritage, which extends over an area of ​​37,302 hectares and has various ecosystems as it is located on top of a mountain, in the middle of the jungle of the Cusco region.

The Peruvian authorities granted four days of permission to the film’s producers to shoot in the place, considered one of the main centers of the Inca Empire about 600 years ago, with some of its protagonists.

“Let it be clear that none of the robots will enter Machu Picchu, not even one hand of the robot,” said the head of the Machu Picchu archaeological park, José Bastante, to the state agency Andina.

“In Machu Picchu only the two main actors will be filmed and the rest will be a virtual recreation of the robots,” the authority explained.

This week the film’s production team arrived in Peru, including actors Anthony Ramos Martínez and Dominique Fishback, and stayed in an elegant hotel in the city of Cusco.

The film will also shoot scenes in the historic center of Cusco, for which the producer has signed commitments to avoid damage to heritage, since this Andean city is protected by the United Nations Educational, Scientific and Cultural Organization (Unesco), according to the manager of Economic Development and Municipal Services of Cusco, Juan Carlos Galdós.