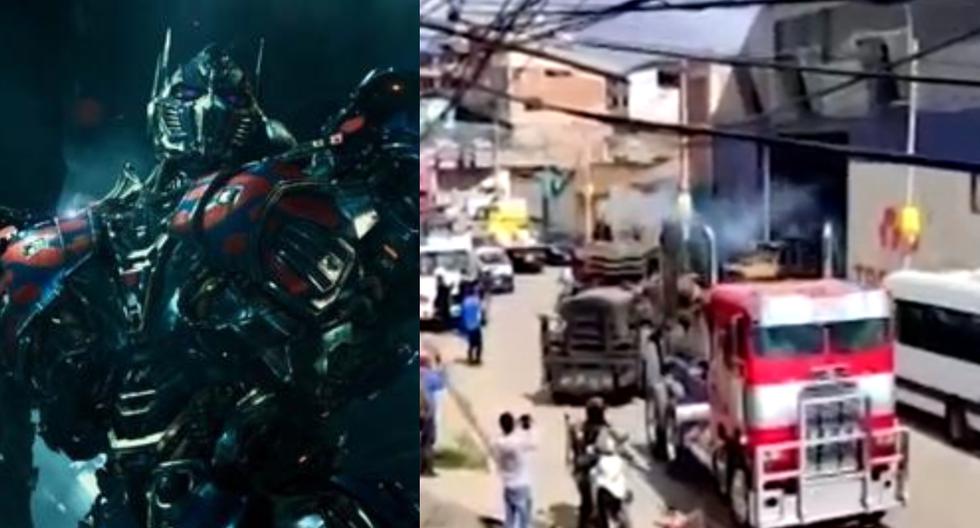 The production of the film “Transformers, the awakening of the beasts”, directed by the filmmaker Michael Bay, has been shooting some of the expected scenes on film in the city of Cusco and recently, some of the film’s vehicles underwent a technical review in the San Pedro neighborhood.

Optimus Prime and company went through a technical review and respective maintenance, prior to the new chase scenes of the action film.

Among the curiosity of residents and tourists, what most attracted attention is that one of the vehicles is towed, as it suffered a mechanical damage. Generating some traffic congestion, but it had the support of the traffic police.

It is worth mentioning that after recording several days in the Plaza de Armas in Cusco, the Transformers team and its cast moved their filming set to the Inca palace of Kusikancha, current headquarters of the Directorate of Culture of Cusco.

Today, October 14, the Transformers team is expected to film in the central neighborhood of San Pedro, where the colonial temple of San Pedro and the main market of the city, which bears the same name, is also located.