A large protest by Canadians against vaccines took to the streets of downtown Toronto on Saturday afternoon to condemn the sanitary measures. “Stop being afraid of healthy people”, “Tyranny disguised as security” and “Covid 1984” were some of the dozens of banners among a crowd made up of libertarians, conspirators and nostalgic for Donald Trump. They all seemed to have in common a deep rejection against Justin Trudeau, the Canadian prime minister who came to power almost six years ago on the crest of a wave of popularity and who will play his legacy this Monday in a risky political calculation after having called two elections years before the end of his second term, which began in 2019. The latest polls do not guarantee that the prime minister will come out well off as they reflect a technical tie between the Liberal Party and the rivals of the Conservative Party.

Toronto’s general hospital, one of the largest in Canada, had signs near its doors imploring anti-vaccines not to protest there, where they obstruct the passage of ambulances and hinder the work of health workers in a country that has public health as one of its pillars. The group showed some virulence in the campaign by throwing stones at Trudeau’s bus in early September. The pandemic is one of the backdrops for the elections in which 27 million of the almost 40 million Canadians are called to vote.

One of the greatest difficulties for Canadians has been finding a narrative for these elections. “More than a referendum on the management of the pandemic it will be one of why we are having an election again. There will be many lawsuits against Mr. Trudeau, especially because he called for a very early election when he still had the possibility to carry out the laws he would have wanted, ”says Lydia Miljan, Professor of Political Science at the University of Windsor.

Read Also   The route to the auction house: how does a pre-Hispanic piece come to be sold for thousands of dollars?

According to the most recent polls, the Conservatives are in the best position to receive the punishment vote against Trudeau. The opposition candidate, Erin O’Toole, has run a campaign highly valued by analysts. The toriesDisplaced from the government in 2015 after nine years in power, they have harshly criticized the prime minister for what they consider a waste of almost 500 million US dollars in organizing the elections. O’Toole, a 48-year-old lawyer with experience as a military helicopter pilot, has increased his appeal to the electorate with a shift to the center and a more progressive stance than the traditional right on issues such as climate change, social supports and the law. women on their bodies.

Even though the Liberals and Conservatives are in a technical tie, Trudeau’s lineup tops the projections in the number of seats in the Lower House 150 to 120, according to the Canadian Broadcasting Corporation, the Canadian BBC. The country’s electoral system – criticized for years – is based on victory in each constituency and does not contemplate any proportional representation in the lower house. Trudeau borders on a third term with what would be a Pyrrhic victory. His objective in mid-August, when he surprised with the dissolution of the legislature, was to initiate a campaign that could allow him to rule in a majority, conquering at least 170 of the 338 constituencies at stake.

The prime minister has suffered a considerable drain on his popularity since he came to power in December 2015. At the time he had a 63% approval rating. Today it is only 36%, according to the demographic firm Angus Reid. Trudeau advanced the elections with the confidence of obtaining broad support for his management of the pandemic in a country that has vaccinated 70% of its inhabitants and registered 27,440 deaths, one of the lowest rates in the G7 countries. “Canadians must choose how we end the fight against COVID-19 and rebuild,” he said in August.

Daniel Beland, director of the Institute for Canadian Studies at McGill University, believes that Trudeau had a difficult start to the campaign. They played against him “the criticism of his government for the management of the refuge for thousands of Afghans and the fact that O’Toole adopted a centrist and moderate discourse.” The Government of Canada has agreed to receive 8,200 Afghans of the 12,400 who have requested to emigrate. Just 2,200 have arrived in the country, which has just reopened to the world.

The Liberals have regained ground by increasing the attacks against O’Toole, who refuses to order mandatory vaccinations for federal employees and because of his position on firearms control, a point that he has had to modify. The liberal economic program establishes 61,000 million US dollars (52,000 million euros) in five years. That of the conservatives is around 40,000 million (34,000 million euros).

Thierry Giasson, professor of political communication at Laval University, believes that Trudeau “has emerged despite the fact that he has not convinced his call for elections.” O’Toole opted for a mainly virtual campaign, “without leaving the script and that has not been the most appropriate because it is the first time that he has come into contact with the electorate as a Conservative leader. It has not left a strong impression of leadership and accessibility ”, considers the analyst.

Political scientist Miljan believes that “Trudeau’s bet has not paid off in the campaign.” The expert highlights another factor in these elections, the irruption of the libertarian People’s Party of Canada (PPC), formed in 2019 and which will have its first major test this Monday. “It had no weight in 2019, but now it is at almost 7%. That can affect the conservatives and in closed races in Ontario and downtown Toronto this could help give the liberals a majority government, “adds the expert.

Reconciliation with indigenous peoples was one of the themes that marked the campaign. Since May, a series of finds in the provinces of British Columbia and Saskatchewan revealed more than 1,200 unnamed graves in former boarding schools for indigenous children. Climate change, which wreaked havoc in the west with a heat dome, was a topic touched by the main candidates and hopefuls of the New Democrats, the Greens and the nationalists of the Québec Bloc. Healthcare financing and the cost of living have also been popular topics.

Trudeau has asked progressive voters from the New Democratic Party, the Quebecois Bloc and the Green Party to support the liberals to stop the conservatives. The forecasts are too tight. A majority government would be a surprise to either side. Capital in the case of the conservatives and possible but unlikely for the prime minister, who is staking his legacy on a risky gamble. 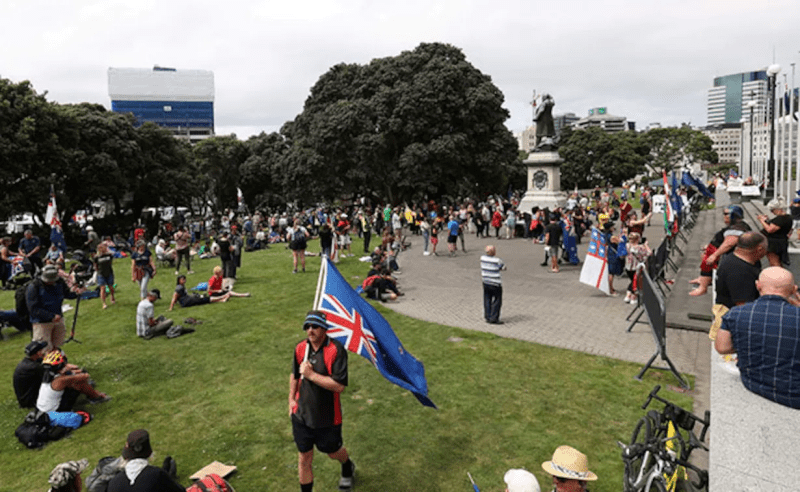 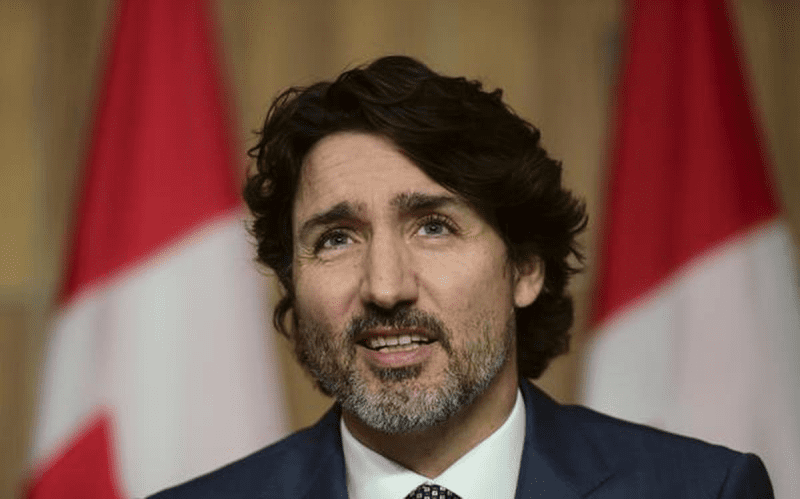 Fact Check: They found a Trudeau Account with Pharmaceutical Commissions 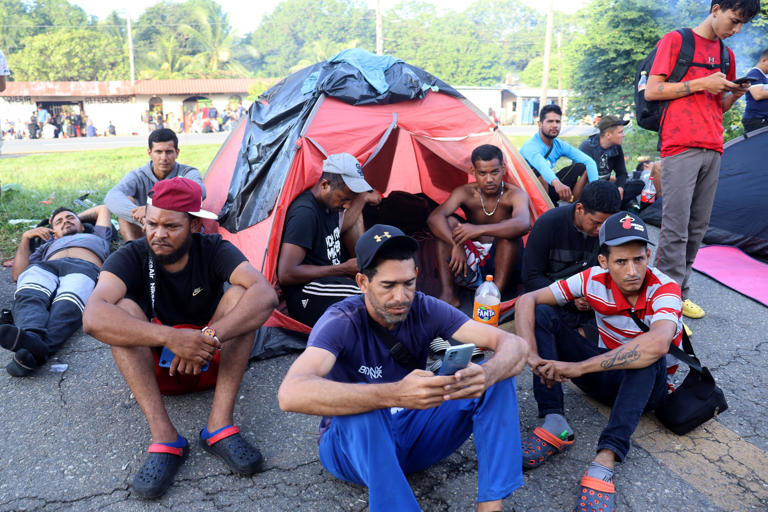 A caravan of 4,000 migrants settles outside customs in southern Mexico