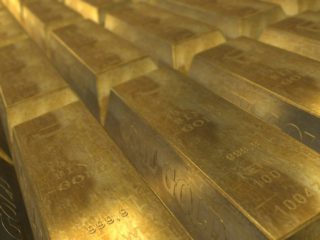 A huge gold reserve of 20 tons, valued at $ 1.2 billion, has been discovered in the eastern Turkish province of Agri, as announced on Thursday by the country’s Minister of Industry and Technology, Mustafa Varank.

In the same area, a silver reserve of 3.5 tons, with a value of 2.8 million dollars, has also been discovered, the minister reported during the inauguration ceremony of the new facilities of the Turkish gold mining company Koza Altin in Agri.

Those who locked the door of the Gold Exploration and Operations Administration established by Atatürk in 1933 for 70 years should be proud of the statue they made in 2 years today… We are laying the foundation of the Ağrı Diyadin Mollakara Gold Production facility, where we have identified 20 tons of gold and 3.5 tons of silver reserves. 🇹🇷 pic.twitter.com/Gt1v9ojkia

The facilities will have an investment of 160 million dollars and will employ 500 people directly and another 2,000 indirectly, precise Varank, underlining its importance to the economy, both of Turkey and the region. They are expected to start smelting gold in the last quarter of 2022, he added.

The minister recalled that Turkey, which in the early 2000s “could not produce even a gram of gold”, mined last year 42 tons of gold in 18 mines active despite the pandemic.

In December 2020, the Turkish fertilizer producer Gubretas discovered in the northwestern region of Marmara another gold reserve of more than 100 tons worth 6,000 million dollars.