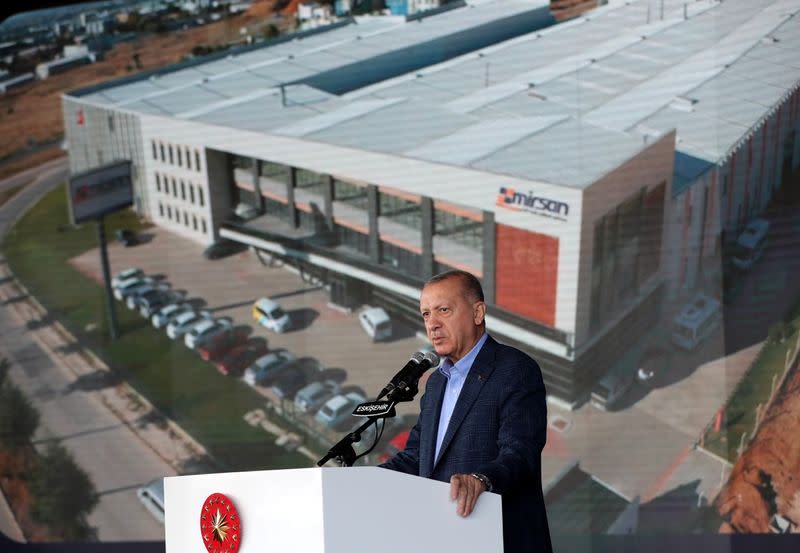 Turkish opponents say expulsion of diplomats is a distraction from trouble

For Daren Butler and Jonathan Spicer

ISTANBUL, Oct 24 (Reuters) – Opponents of President Tayyip Erdogan said his call to expel ambassadors from 10 Western allies was an attempt to divert attention from Turkey’s economic difficulties, while diplomats hoped the expulsions could be avoided. .

Erdogan said on Saturday that he had ordered the envoys declared “persona non grata” for calling for the release of philanthropist Osman Kavala.

The Foreign Ministry has yet to carry out the president’s instruction, which would drive the deepest rift with the West in Erdogan’s 19 years in power.

The diplomatic crisis coincides with investors’ concerns about the Turkish lira falling to a record low, after the central bank, pressured by Erdogan to stimulate the economy, unexpectedly cut interest rates by 200 basis points last week. .

Kemal Kilicdaroglu, leader of the main opposition party, the CHP, said Erdogan was “rapidly dragging the country off a cliff.”

“The reason for these movements is not to protect national interests, but to create artificial reasons for the ruin of the economy,” he said on Twitter.

Kavala, a collaborator with numerous civil society groups, has been in prison for four years, accused of financing protests in 2013 and participating in a failed coup in 2016. He denies the charges and has been detained while his trial continues.

A diplomatic source said the decision on the envoys could be made at Monday’s cabinet meeting and that the de-escalation was possible given concerns about possible diplomatic consequences.