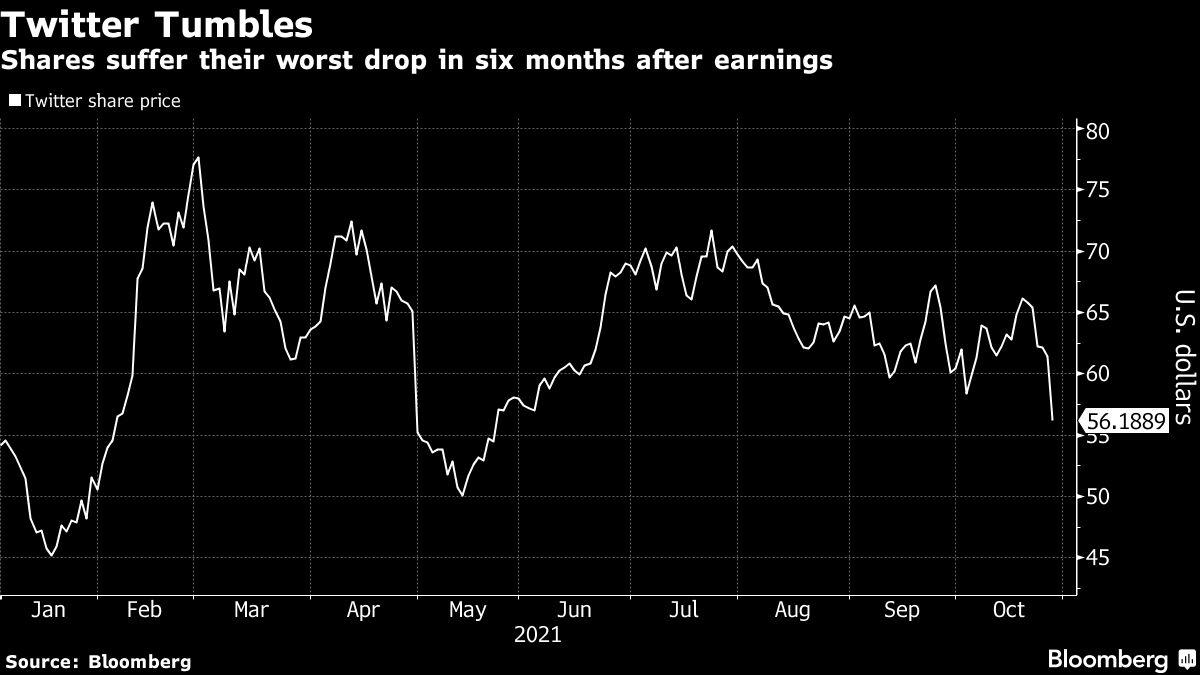 (Bloomberg) – Twitter Inc. fell as much as 9.1% on Wednesday, the biggest drop in six months, after the social media company’s third-quarter revenue and fourth-quarter sales outlook fell below Wall Street projections.

The stock is down for a sixth day, marking its longest streak of declines since August. Stocks have come under pressure in recent sessions following the results of its social media peers Snap Inc. and Facebook Inc.

Twitter’s downfall indicates that its quarterly report was not enough to allay investor concerns about the potential impact of changes to Apple’s privacy control, even if Twitter downplayed the effect. Some analysts have previously noted that the company is less exposed to changes from Apple than some ad-dependent peers because Twitter relies more on brand advertising than direct response ads.

Investors may also be disappointed with US user results, which were flat quarter-over-quarter, said Brent Thill, an analyst at Jefferies. He also added that lackluster growth may raise concerns about the saturation of the US market.

Social media pair Pinterest Inc. followed Twitter in its downward move on Wednesday, falling as much as 4.3% and extending a recent slide. The company would report third quarter results on November 4. Snap also traded lower, down 6.3%. Elsewhere, Facebook is down 0.1%.