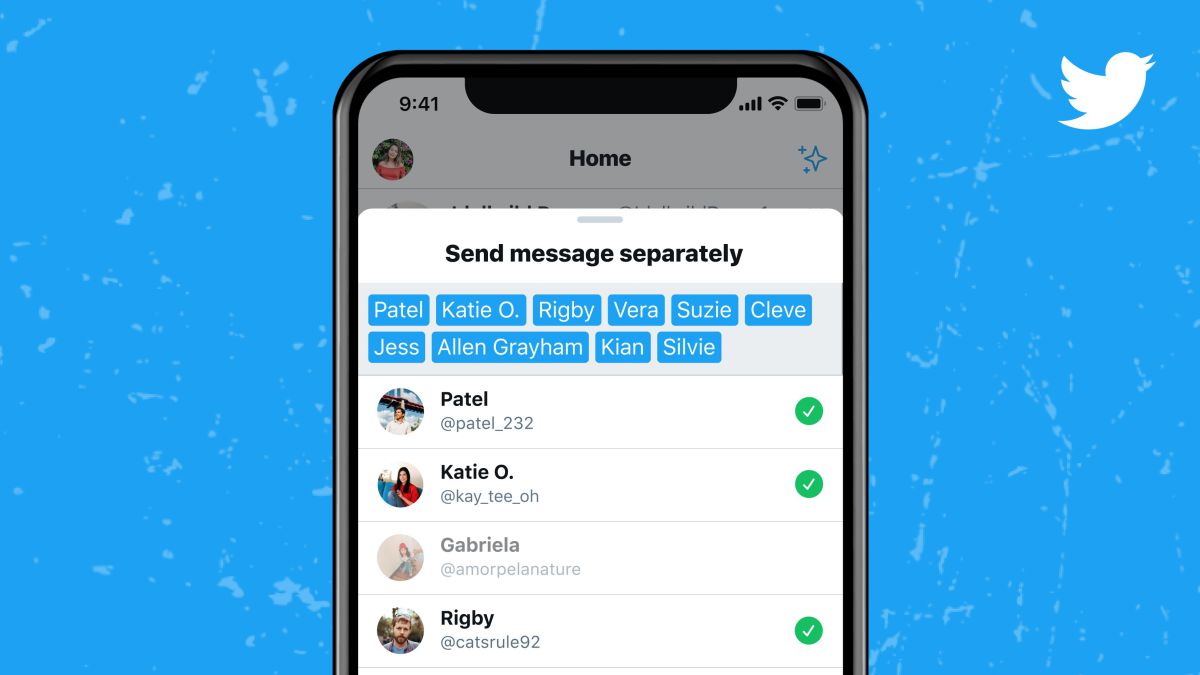 Twitter works on new improvements to its direct message system

Everyone shares something they have seen on the Internet with other users. The objective can be of the most varied, from the purest entertainment to giving an informative notice about a specific interest. Of course, there are many channels through which this content can be shared and Twitter offers you a homemade function for it. The best thing is that very You will soon be able to use the new direct message enhancements.

Sending messages to 20 people will be a reality

Twitter is one of the applications from which getting up-to-the-minute information is very simple. The follow button helps a lot, but the truth is that following all the users that are of your interest can also help you to know about them as well as everything that may be to your liking. But the important thing is that you can get in touch with all your friends thanks to direct messages.

And this is where the application receives a great improvement since Twitter wants you to be able to send a private message up to a total of 20 people. Increasing the number of people is an advance if you want to contact many users at the same time and also send them a message if it is recurring. What you should know is that it is available earlier for iOS version users and web, while for the Android version it will still take a long time to arrive.

Some DM improvements are coming your way over the next few weeks.

We’ve got easier Tweet sharing, better navigation when in a convo, and more… (1/5)

The other functions that come to the Twitter app

The news that Twitter has revealed in its development account are not only focused on this sending messages to 20 people. The rest of the news also helps to track the threads in the app that will now have a fast scroll button to make the experience easier

There are also two extra novelties. The first has to do with the reactions that will appear with a long press or a double click. This will open a section called Add reaction where the user can choose the one that best suits what the message made them feel. The other improvement is the conversation scan that is able to better order each one thanks to the grouping by dates.