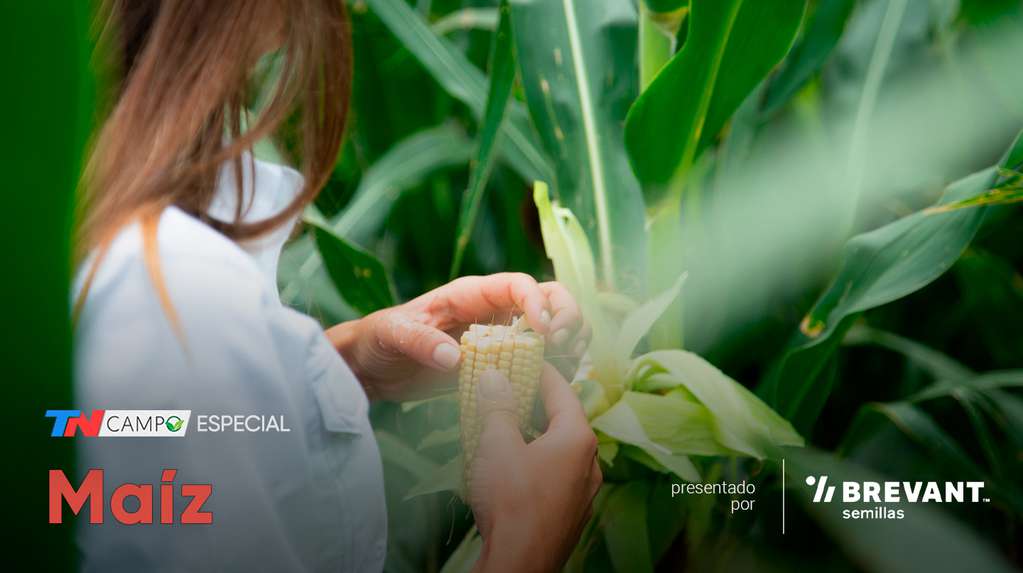 Two keys to producing corn: defining the environment and looking for versatile hybrids

The corn comes from a very good season, and it is going for more. Within this framework, Brevant Semillas has an extremely versatile portfolio of hybrids, highly adaptable to different regions and environments. They aim to give the producer the peace of mind of having a genetics ready for everything, regardless of the productive region to be sown, the conditions that arise during the crop cycle or the necessary changes in sowing dates, be they early or late.

“It is key to define the environment in which they are going to be produced and to look for products that are versatile so that they give security to the producer, in different fields,” said Agustín Bourdieu, Brevant Product Manager. And he was convinced that “we are facing a very good campaign for corn, hand in hand with a favorable international context that has been pulling the investment of producers to have a very good crop “.

As the environments where it is going to be produced have different peculiarities, Brevant has a battery of products available to accompany the producer in this campaign, with the events “PowerCore Ultra Enlist y PowerCore Enlist, the latest in weed control, and PowerCore Ultra, the best protection for the control of pests such as fall armyworm, spike isoca and stem borer ”.

Among the novelties, the launch of PowerCore Ultra Enlist, the largest biotech stack in the Argentine market and throughout the region, will provide the greatest possible control of insects and the greatest tranquility in the face of complex weed scenarios in the structure of Argentine agriculture. More than 50% of the country’s agricultural area has weed problems and around 70% of the plantings are done on leased lots, where the previous history is often not known. This scheme makes it of “utmost importance be prepared for any situation rescue that may occur unexpectedly. This Corteva technology will be offered in our most representative hybrid, such as NEXT 22.6PWUE and will be available for the late sowings of this 21/22 campaign, ”Bourdieu said.

Bourdieu also highlighted products with technology NEXT, “Vanguard in germplasm for late sowing corn, with the best hybrids specially selected for performance and health for these sowing dates, which allow the producer to ensure greater stability of yields against restrictive environmental conditions”.

For the different regions

Other novelties for this campaign are the launching of two new hybrids: BRV8380PWU (short cycle genetics with very high yield potential) and BRV8472PWUN (temperate genetics adapted to the subtropical conditions of northern Argentina).

Always maintaining the versatility as a distinctive and differential of the brand, with the first product, Brevant offers genetics of very high potential for early plantings throughout the temperate region, from the south of Córdoba to the south-west of Buenos Aires, with the advantage of having a short cycle product (120 days to relative maturity) and a complete health profile against the most common diseases in each area.

Meanwhile, BRV8472PWUN adds a new hybrid to the Brevant product set for the Central and Northern Region of the country, accessing the new performance thresholds offered by temperate genetics adapted to subtropical conditions and with the possibility of sowing it in environments of greater or lesser potential from its stability and density adjustments.

Bourdieu also anticipated the contents of the Late Corn Congress (CMT) 2021, whose sixth edition will be held in virtual format on October 26 and 27 and will offer many news and debates on this type of production, with a program that will feature leading international specialists.

“With the sponsorship of this event, especially dedicated to this technology that emerged disruptively in Argentine agriculture, Brevant demonstrates the commitment and leadership in the cultivation of late corn”, highlighted Bourdieu.

“As with all emerging technology, there are numerous questions about late corn production in Argentina that will be addressed through a carefully developed program for this purpose,” said Octavio Caviglia (FCA-UNER-CONICET), academic coordinator of the event.

The first day will have two blocks that will address the themes of Agriculture and Environment and Ecophysiology and Management of the cultivation of late corn. In the first block, the particularities of the agricultural production system of our country will be analyzed, the most important technological changes in recent years and the impact of technologies to improve the sustainability of systems. In the second block, the causes of the yield gaps in late corn will be analyzed, as well as the nutrition management and of the crop before different water availability scenarios.

On the second day, there will also be two blocks on crop protection and perspectives for the sector. In the crop protection block, all the news about the insect, weed and disease control, while future projections in terms of climate will be analyzed in the perspectives block, grain prices Yet the political juncture from the country.

At the end of each block, a reference from the productive sector will present a case of success related to the theme of that module. There will also be a closing and synthesis by renowned specialists on the subject.

This year there will be a special section of the congress dedicated to the presentation of research work and productive experiences in late corn, a new interactive modality and exchanges can be made in real time with those responsible for the work.