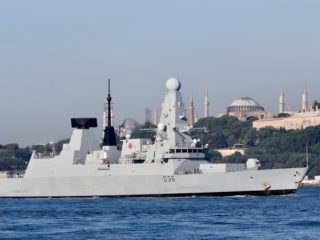 Russian military are controlling two warships, from the United Kingdom and the Netherlands, which have entered the Black Sea on Monday.

According to Montreux Convention, the maximum length of stay in the Black Sea for military ships from non-riparian countries is 21 days.