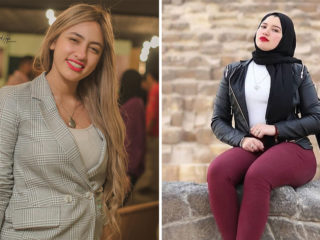 The Criminal Court of Cairo (Egypt) this Sunday sentenced two popular ‘tiktokers’, the blogger Haneen Hossam and the ‘influencer’ Mawada Aladhm, to 6 and 10 years in prison, respectively, and imposed a fine of 200,000 Egyptian pounds (more than $ 12,750) each for human trafficking, they report local media.

I have no words.Egyptian TikTok bloggers Haneen Hossam and Mawada al-Adham have been sentenced to 10 years in prison and 6 years in prison respectively on “human trafficking” charges–both additionally fined LE 200,000 https://t.co/fh7CMieKT0# After _ permission _ the _ Egyptian _ familypic.twitter.com/wqmztNEWYK

Three other people, whose identities have not been revealed, were also sentenced to 6 years in prison.

In addition to human trafficking, the convicts were convicted of managing accounts on social networks with the aim of recruit young women for the exchange of videos on the Likee platform. The conviction also includes the charge of disseminating content crossed out as inappropriate by the authorities.

The two women were acquitted last January in relation to an accusation of violation of Egyptian family values ​​and incitement to debauchery. However, the country’s Prosecutor’s Office later ordered the tiktokers to return to the penitentiary on pending charges of human trafficking.

Hossam and Aladhm are among the nine ‘tiktokers’ arrested last year on charges ranging from violation of family values ​​to human trafficking and incitement to debauchery. These charges were brought under the provisions of the 2018 Cybercrime Act, which criminalizes acts that they violate the values ​​of the Egyptian family.

For their part, activists and legal experts argue that the clauses are vaguely described, which translates into unfair criminalization. Likewise, they denounce that the sentence represents a violation of freedom of expression, since the arrests were motivated at first by the appearance and style of clothing chosen by bloggers to present themselves to their followers on their own accounts.