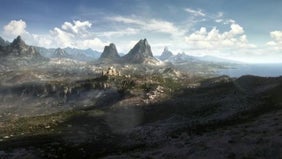 After years of speculation, we finally know what Redfall will be and it definitely has nothing to do with The Elder Scrolls 6. Speculation started in early 2019, when it was revealed that ZeniMax Media (Bethesda) was on disputes over the term Redfall. ZeniMax first introduced this name in September 2018.

We still don’t know much about The Elder Scrolls 6. At the moment, Bethesda seems to be focused on Starfield, whose release date has been confirmed for November 2022. Redfall will also be out next year. In fact, we remind you that the Starfield trailer could have a clue about the setting of The Elder Scroll 6.

Now we know that Redfall will be a cooperative open world shooter from Arkane Studios, which will star vampires, which are certainly present in the Elder Scrolls universe, but which in this case are the result of a laboratory accident.

In the meantime, you can take a look at our website to catch up on E3 2021. We remind you that there are still conferences and that there are more announcements from Xbox in the coming days.