UK plans to permanently deploy two warships to the Indo-Pacific 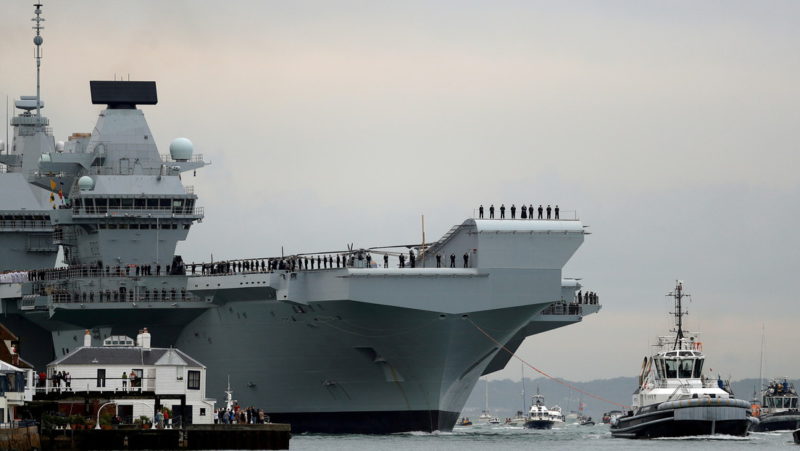 British Defense Secretary Ben Wallace announced Tuesday that the UK will “permanently” deploy two ships to the Indo-Pacific region this year to “protect and maintain the rules-based international order” together with Japan.

In a joint press conference with his Japanese counterpart Nobuo Kishi, Wallace noted that the aircraft carrier HMS Queen Elizabeth will visit the ports of Japan together with its strike group in September to participate in joint exercises.

Last week, said ship already carried out anti-piracy drills with other elements of the group in the Gulf of Aden, in which the Japanese destroyer Setogiri and the P-3C aircraft also participated, the British Secretary of Defense explained. The joint maneuvers demonstrated the determination of both countries to “work together as global partners with shared interests to ensure the safety of maritime traffic on important maritime routes,” he added.

According to Wallace, the deployment of HMS Queen Elizabeth to Japan will mark a “new era for defense and security cooperation” between the two nations, and London has similar goals to Tokyo’s with its vision of the “Indo-Pacific region.” Free and Open Pacific “.

In addition, Wallace and Kishi agreed to push forward discussions on possible collaboration on the next-generation Japanese FX fighter jet, focusing on engine systems and subsystems.

The ministers’ statements come amid growing Chinese activity in the region’s waters. In this regard, his Japanese counterpart indicated that both countries “firmly oppose unilateral attempts to use force to change the ‘status quo’ in the East and South China Seas.”