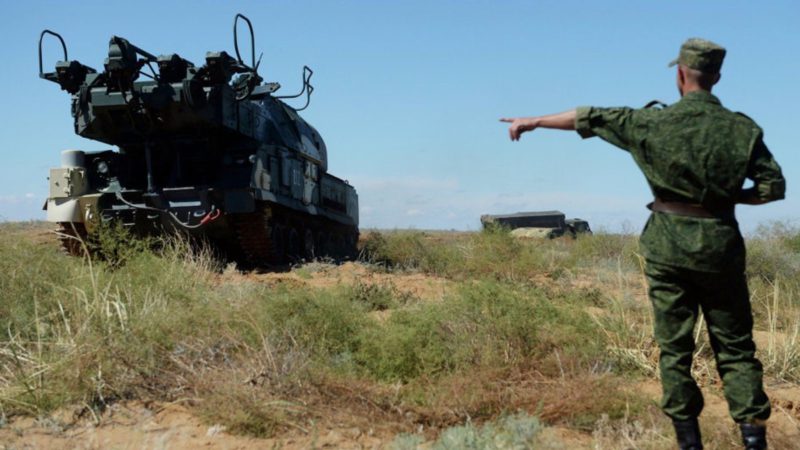 The Security Service of Ukraine has reported this Monday that it is investigating the preparation of a coup by Ukrainian and Russian citizens. In a statement, it indicated that it is “conducting a pre-trial investigation into the criminal proceedings related to the commission of actions destined to take the power of the State ”, to specify that those responsible for the actions would be of Ukrainian origin, as well as Russian.

Finally, Kiev has indicated that “the progress of the investigation will be announced later.” This Monday, Belarus Defense Minister Viktor Jrenin announced that the country plans to hold military exercises with Russia in an attempt to reinforce the country’s borders with Ukraine.

Tensions between Kiev and Moscow have risen in recent months, with fears of repeating the Crimean experience and warnings against Russia by the United States, the European Union and NATO.

The Minister of Foreign Affairs of Ukraine, Dimitro Kuleba, has warned this Monday that the presence of Russian troops could be the prelude to a possible invasion.

“In the worst case scenario, Russia will try to redraw Europe’s borders by force, as it did in Georgia in 2008 and Ukraine in 2014,” Kuleba said from Kiev.

Specific, Kuleba has referred to the 115,000 Russian military that they would be deployed in the Russian region bordering Ukraine, a figure that could not be verified by independent sources.

“We are witnessing something very serious”stressed Kuleba, who has rejected Moscow’s accusations about preparations for a possible attack by the Ukrainian Army on the pro-Russian secessionist regions of eastern Ukraine.

«Ukraine has no plans for a military offensive in Donbás“, Kuleba has riveted, while he has defended a political solution to the dispute.

Last Friday, Ukrainian President Volodimir Zelenski rejected reports of a possible Russian invasion as “alarmist.” “I don’t think the situation is worse than it was in the spring,” he said.