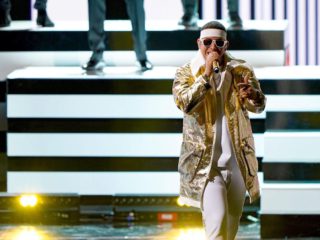 (Bloomberg) – Universal Music Group has doubled the money it has invested in artists and songwriters in just two years, as a competitive music market causes talent costs to skyrocket.

UMG said advances for artists and repertoire owners in 2020 were 1.86 billion euros ($ 2.2 billion), an increase compared to 1.05 billion euros in 2018. The music giant, valued at 35 billion euros. euros, publishes the figures Tuesday in a prospectus for its listing scheduled for next week in Amsterdam.

This huge investment in talent – for artists like Puerto Rican rapper Daddy Yankee and Indian Badshah – reveals the music industry’s spectacular recovery since the turn of the century, when the internet wiped out the CD market. It also highlights the challenge big music groups like UMG face in keeping spending in check as new competitors threaten their dominance over fans.

The little ones who are dedicated to digital are changing the business model, giving artists more options about which services to choose and more control over their careers.

“The rationale for this sharp increase in costs is that artists have more options,” said Tim Ingham, founder of the music industry news and analysis site Music Business Worldwide. “Artists can walk away from negotiating a record label and still have a healthy career.”

UMG, Sony Music Entertainment and Warner Music Group remain the main drivers of global hits and stars, and signing with a major one is still considered a musician’s best bet to achieve global reach. Nine of the top ten best-selling musicians worldwide last year were UMG artists, according to industry body IFPI.

UMG also said it anticipates a new competition from funds investing in catalogs of artists’ recordings. Investors like Hipgnosis are increasingly betting on catalogs and stars have sold rights to income from their previous jobs to replace lost touring income due to COVID-19.

Advances for non-current artists, much of which are for old catalogs, nearly tripled in two years, according to the UMG prospectus. The total value of its net content assets increased to € 4.19 billion in 2020, almost double its 2018 value.