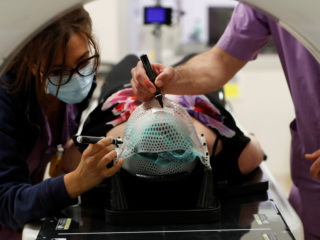 A group of independent human rights rapporteurs and experts from the United Nations (UN) warned this Wednesday that “the excessively strict application “of the US sanctions against Venezuela and its state-owned company Petróleos de Venezuela (PDVSA), could cause the death of “hundreds of Venezuelan cancer patients.”

“The life of Venezuelan patients who have had transplants and are stranded in foreign countries is threatened, “the experts said in a statement posted on the website of the HIM-HER-IT, in which they add that the same occurs with people who hope to travel outside of Venezuela to “undergo operations without which they would not survive.”

The text, which was also published by the Venezuelan Foreign Minister, Jorge Arreaza, on Twitter, is signed by Alena Douhan, UN Special Rapporteur on the negative impact of unilateral coercive measures on the enjoyment of human rights; and Nils Melzer, Special Rapporteur on torture and other cruel, inhuman or degrading treatment or punishment.

Attention! 6 Rapporteurs and Experts of the United Nations publish a Press Release denouncing the United States for directly affecting the fundamental rights of Venezuelans, through illegal sanctions that prevent treatment of cancer patients. #LasSancionesSonUnCrimenpic.twitter.com/bmYY5AGwgg

The statement was also signed by Obiora Okafor, independent expert on human rights and international solidarity; Livingstone Sewanyana, independent expert on promoting a democratic and equitable international order; Saad Alfarargi, Special Rapporteur on the right to development; and Tlaleng Mofokeng, Special Rapporteur on the right of everyone to the enjoyment of the highest attainable standard of physical and mental health.

The specialists confirmed that the sanctions have put the lives of at least 190 cancer patients at risk who are on a waiting list to receive treatment abroad and reported that 14 children, three of them babies, died between 2017 and 2020, “waiting for treatment” that did not arrive because the US denied the Venezuelan government control over his company Citgo, and ceded the oil company to former deputy Juan Guaidó, when he was recognized by the Donald Trump administration as “president in charge.”

The group recognized that the Simón Bolívar Foundation, under the administration of the Government of Venezuela under Nicolás Maduro, “helped cancer patients, including many children, to travel abroad for transplants and other life-saving treatments. “

Then, the experts add, “hundreds of these patients who used to be linked to a national transplant program with the Government of Venezuela, saw their treatment interrupted when the US denied control of Citgo. “

This occurred after the new administration, imposed by Guaidó, notified the sick that their treatments were not going to continue and that they had to carry with the expenses on their own. In fact, the Venezuelan State denounced that the resources destined for these patients were stolen and used by the former opposition deputy to carry out attacks.

“Targeting PDVSA has been a way of controlling Venezuela’s political agenda, which has had devastating consequences for hundreds of people who were in treatment for transplant rejection, both in Venezuela and abroad, “they added.

The group also urged “all states, banks and private companies” that have applied sanctions against Venezuela, to hanging “full responsibility for the effects of your actions on people “, especially because they harm the enjoyment of the” fundamental rights to life and health “.

In this sense, they reiterate: “States have the obligation to respect, protect and fulfill the human rights of every person affected by an international action.”

“The unexpected consequences of sanctions”

The specialists indicated that the situation suffered by these hundreds of patients is already known to the US Government and the other countries and entities that carry out the sanctions.

In fact, they warn that the coercive measures against the South American country have been radicalized because “Third countries, banks and private companies have been overly cautious in their dealings with Venezuela, because they fear inadvertently violating US sanctions. “

One of the most serious consequences is banking transactions outside of Venezuela, which has caused several patients have been stranded and even “destitute”, in the countries where they went for treatment.

For this reason, the UN rapporteurs have called on those involved to “mitigate the unexpected consequences of the sanctions and restore the treatment of people whose lives are now in danger. “