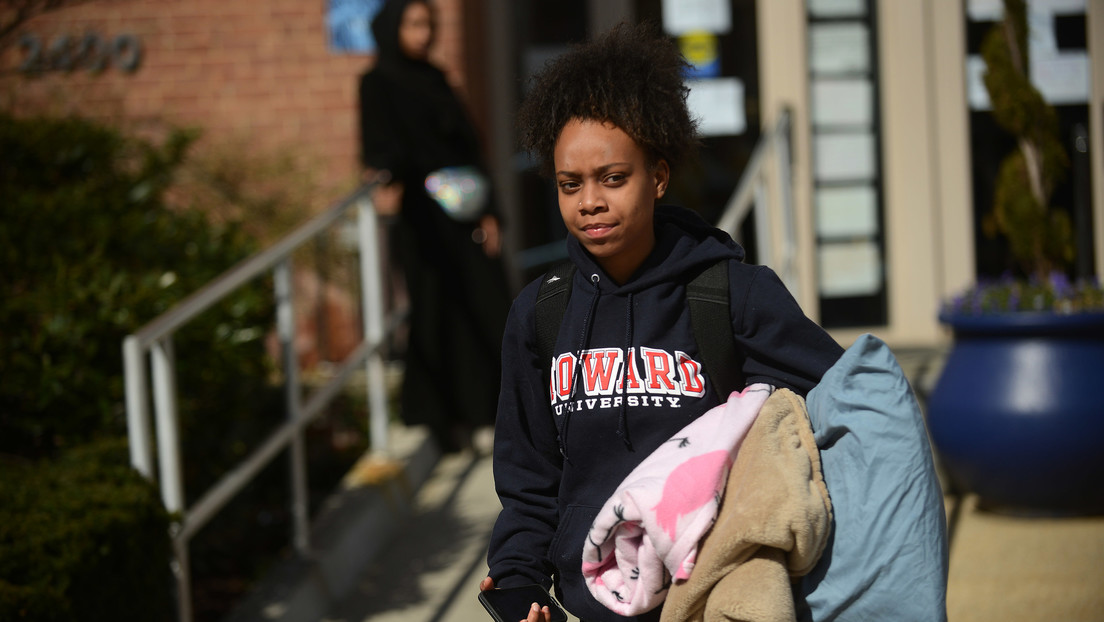 For more than a week, students at historic Howard University, in the United States capital, they protest due to poor conditions and the shortage of housing, as well as the lack of student representation on the institution’s board of directors.

Initiatives to make their demands heard include sit-ins, demonstrations, tents in front of campus, or classes outside.

Last week these measures were not only rejected by the administration, but even on Tuesday police officers were sent to try to remove protesting students from the premises. They were also threatened with expulsions.

After days of insistence, the university authorities this Saturday released a letter in which ensure they listen and share your concerns and that they will try to fix them. The letter, however, has not meant the end of the protests.

In turn, the students say they are living in deplorable conditions. They have shown videos and photos of their rooms, where mold can be found everywhere: behind paintings, in air conditioners or under mattresses.

Some even claim that they have practically nothing to wear because all their clothing has been affected. They also talk about rats and cockroaches in the cafeteria.

“My immune system is very sensitive, but I had never been sick. When I first came here, the first week I had covid, and a couple of weeks later, I had strep throat. When I went to the doctors they talked about mold, but I didn’t know that there was mold in the building until my mother mentioned it, “says Anita Majors-Rivera, one of the students.

“At this time we are really fighting mold more than covid. If someone contracts the Delta variant by inhaling the mold, it is a death sentence, “added Lyayla Lynch, another student.

An exclusive and prestigious center

The situation is such that they are organizing to file a class action lawsuit against the university. It should be noted that Howard’s estimated cost is about $ 50,000 a year, and that it is a prestigious and well-known center.

Former Congressman Elijah Cummings, the first African-American ambassador to the United States at the UN Andrew Young, well-known author Toni Morrison, and even Vice President Kamala Harris they passed by that house of studies.

While the university’s vice president for student affairs denies the housing shortage for students, many of them insist the problem does exist.

“They claim they provided housing for the students, but it’s like thirty minutes from campus, some don’t have transportation. And then there’s the charge that the campus applies to make a profit, so it’s crazy that there are literally homeless students. at Howard, and they just don’t care, “lamented Maya Lynch.

“In an email they said that they are working on it and are listening to the students and in another we They say we could get kicked out for talking. So it is as if what they are spreading to the media is something completely different from what they are really doing, “denounces Kaedriana Turenn, also a university student.

Although the situation in Howard is striking for occurring in the capital, it is not an isolated case. There are many American university students who are in a situation of poverty.

According to a survey of more than 195,000 students published this year by the Hope Center, about half of those surveyed who are in two-year careers and two out of five in four-year careers experienced home insecurity.

In this sense, they are the indigenous students and African Americans those who experience homelessness the most. Other results obtained were that more than a third of the university students had suffered from depression and a high percentage of them, food insecurity.

“The rates we observe may not capture the true extent of the problems facing American college students,” the study concludes, among other things.