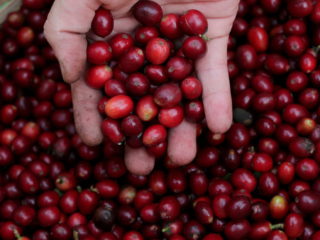 The sudden frost occurred on the morning of July 20. According to the National Institute of Meteorology of Brazil (Inmet), the minimum temperature in Minas Gerais was -1.2 degrees Celsius, the lowest recorded in the state since 1944.

Farmers in Brazil, the world’s largest coffee producer, brokers and analysts were evaluating their harvests on Wednesday after reports that the cold snap was much stronger than expected.

Arabica bean futures on the New York Stock Exchange rose to 7.7% on Tuesday, its highest level since 2016, and the volume traded also increased. Bloomberg. Prices continued to rise on Wednesday, adding as much as 3.5%.

Francisco Cesar Di Giacomo, a farmer from Sao Goncalo do Sapucai in Minas Gerais, told the media that frosts affected around 60% of his plantations. “In some areas of the farm, he burned the entire crop,” Di Giacomo commented by text message.

Frosts can burn leaves and branches on trees, reducing prospects for 2022 and dashing hopes for a bumper harvest to replenish stocks. That is especially significant because the coffee trees have a two-year cycle and are expected to produce more next season.

Frost, drought and the return of La Niña

The latest frosts endanger between one and two million bags of Brazil’s 2022-23 crop, according to a survey of exporters and agronomists by Minas Gerais-based Cazarini Trading. In the opinion of Regis Ricco, director of RR Consultoria Rural, after the drought and frost, next year may be the worst high-yield cycle in decades.

However, this unusual cold snap is not the only natural phenomenon threatening Brazil’s coffee sector, according to Bloomberg. Previously, a severe drought left the fields parched and depleted the reservoirs needed for irrigation. In addition, it is predicted a return of La Niña weather patterns that delay the rains in the region. The series of these factors can cause consumers of the product to pay higher prices in coffee shops and supermarkets.