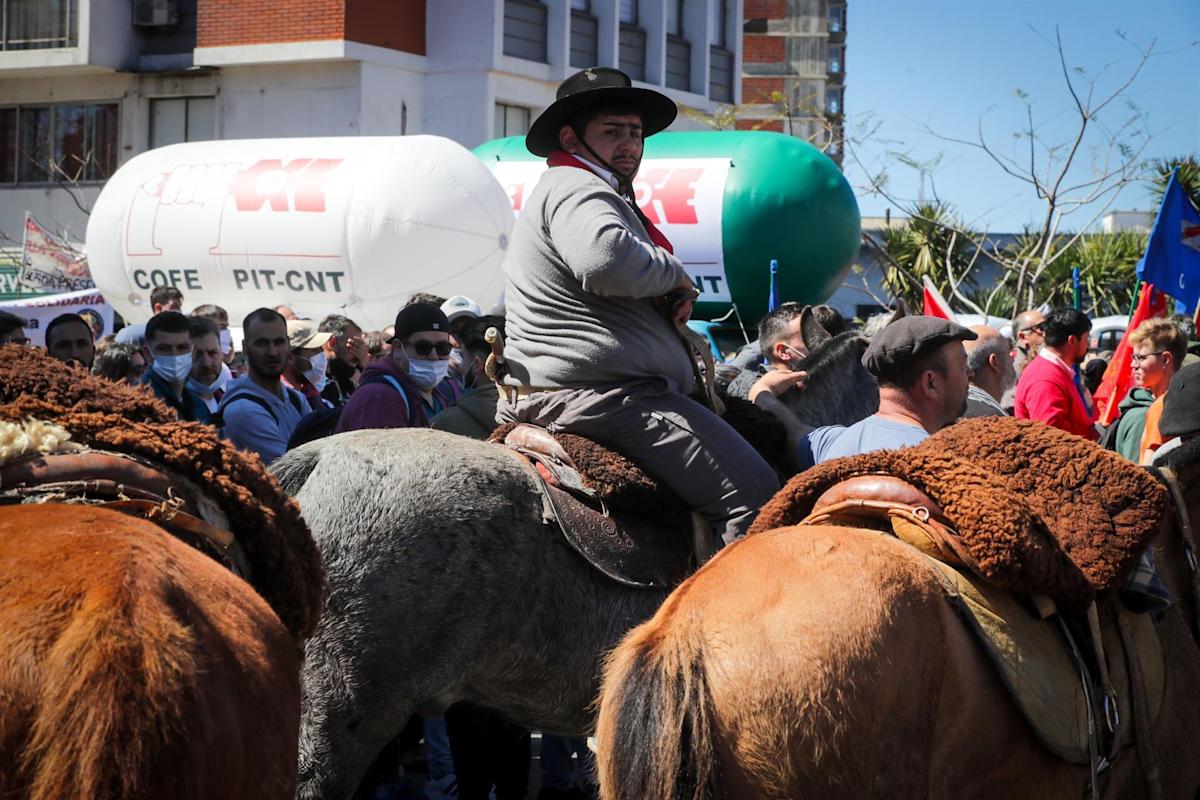 Montevideo, Sep 15 (EFE) .- The Uruguayan trade union center, the PIT-CNT, carried out a massive act this Wednesday in Montevideo within the framework of the general strike of workers and made a show of strength by bringing together on the same day thousands of people from the countryside and the city.

During the day, which had a first concentration in front of the Legislative Palace and then a central stage a few blocks from there, the focus was placed on demands for more work, a better educational budget and the situation of rural wage earners, who demand for the budget cut to the National Colonization Institute (INC) that would be approved in the Rendition of Accounts.

Flags, placards with claims, posters with the phrase “I’m starving,” as well as hundreds of horsemen who came from different parts of the country to the Uruguayan capital were part of the hot morning.

In addition to the speeches, the day was also accompanied by batucadas, songs and traditional rhythms such as the candombe or the murga, as well as theatrical and musical shows.

“Here is the town in its most genuine and diverse way”, exclaimed the general secretary of the PIT-CNT, Marcelo Abdala, during his oratory with which the act closed.

The union member made several claims to the government headed by Luis Lacalle Pou and made several references to the Uruguayan hero, José Gervasio Artigas, citing one of his most iconic phrases: “May the most unhappy be the most privileged.”

“Urban workers, hard-working, from all sectors, and our fellow rural wage earners, aspiring settlers, fighting for life. The workers of the city and the countryside in a single bundle that will change our society and our country. “emphasized Abdala.

The speakers called for the signature board – which is still under study by the Electoral Court – to hold a referendum in which 135 articles of the Urgent Consideration Law (LUC), the president’s star campaign project, are repealed, and called for work to convince the population to vote “Yes” during the referendum.

For the trade unionist, with this demonstration – which some claimed was the one that brought together the largest number of people in recent years – “history” is being built for Uruguay.