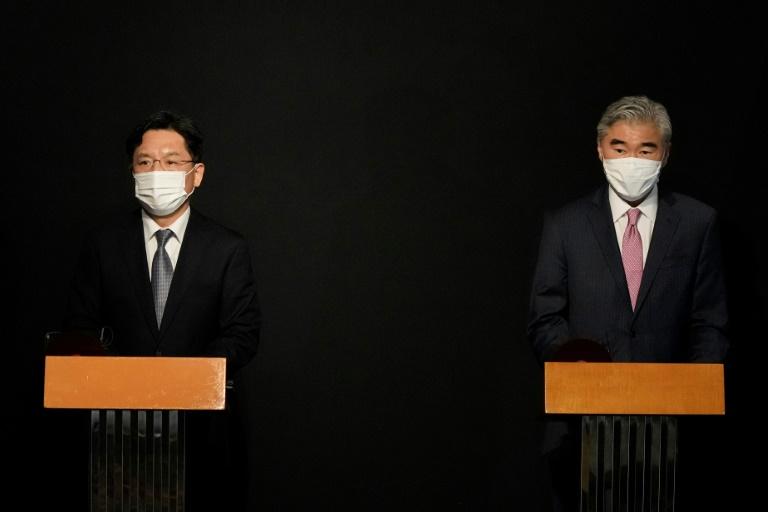 The United States on Sunday urged North Korea to halt its “counterproductive” missile tests and expressed confidence that Pyongyang will respond positively to its calls for dialogue.

The call comes after North Korea launched a ballistic missile from a submarine on Tuesday, prompting the call for an emergency meeting of the UN Security Council.

The US special envoy to North Korea, Sung Kim, met with his counterpart from the South, Noh Kyu-duk, after meeting with the Japanese representative in Washington.

He called Tuesday’s launch a “provocation” and urged Pyongyang to halt the “worrying and counterproductive” missile tests.

“We hope that the DPRK will respond positively to our call,” Kim told reporters, using the acronym for North Korea’s official name.

Tuesday’s launch was the latest in a series of weapons tests by the communist country, including a long-range cruise missile, a train-launched weapon and a suspected hypersonic warhead.

Weeks ago, North Korean ruler Kim Jong Un blamed the United States for the sanctions against his country, and assured that his war program has no hostile intentions.

Kim met three times with former US President Donald Trump, who failed to reach an agreement to end the North’s nuclear program.

Current President Joe Biden promised to seek a diplomatic solution to the conflict with North Korea.