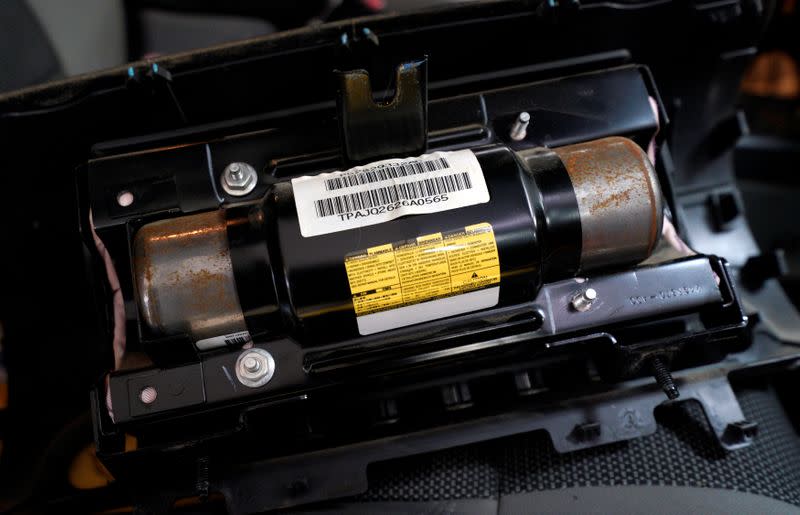 WASHINGTON, Sep 19 (Reuters) – US auto safety investigators have opened a new investigation that relates to 30 million vehicles made by nearly two dozen automakers that have Takata airbag inflators with possible defects, according to a document seen by Reuters on Sunday.

The National Highway Traffic Safety Administration (NHTSA) on Friday opened an engineering analysis of about 30 million US vehicles from 2001 to 2019 models. Automakers were alerted to the investigation, which is not yet public.

Automakers declined to comment Sunday ahead of NHTSA’s public announcement scheduled for Monday, or did not immediately respond to requests for comment.

The NHTSA also declined to discuss the matter.

The 30 million vehicles include both vehicles that had the inflators installed when they were manufactured, as well as some that were used in previous repairs, the NHTSA said in the document.

Over the past decade, more than 67 million Takata airbag inflators have been recalled in the United States – and more than 100 million worldwide – in the largest safety adjustment in automotive history, because the Inflators can release metal fragments on rare occasions.

There have been at least 28 deaths worldwide, 19 of them in the United States, related to faulty Takata inflators, and more than 400 injuries.