US pharmaceutical companies agree to pay USD 26,000 million for their role in opioid crisis 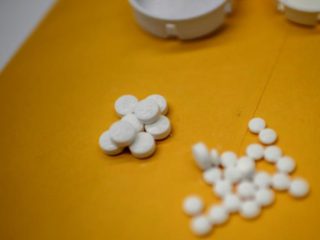 A “historic” amount of 26,000 million dollars: this is the sum that the Johnson & Johnson laboratory and three drug distributors accused of contributing to the opioid epidemic are willing to pay to end some 4,000 lawsuits in the United States.

J&J agreed to pay $ 5 billion over nine years, and U.S. distributors McKesson, Cardinal Health, and Amerisource Bergen, which supply 90% of the nation’s drugs, will pay $ 21 billion over 18 years, the state attorney general announced Wednesday. from New York, Letitia James, in a statement.

With this “historic” agreement, the companies hope to bury some 4,000 lawsuits against them filed by many states in the country and local communities, and avoid lawsuits, said James, who held a press conference to explain the agreement with prosecutors from six other states. .

“Johnson & Johnson, McKesson, Cardinal Health, and Amerisource Bergen not only helped light the match, but they continued to fuel the fire of opiate addiction for more than two decades. Today, we hold them accountable and inject billions of dollars in communities across the country, “said the prosecutor.

The agreement also provides for changes in the pharmaceutical industry to end the epidemic and prevent a repeat.

Refusing to plead guilty, Johnson & Johnson will stop selling opiates nationally, and McKesson, Cardinal Health, and Amerisource Bergen “have finally agreed to coordinate and share their information with an independent monitor to ensure this fire does not yet spread. more, “James said.

The agreement, which was classified as “historic” by the prosecutor, has already been approved by New York and six other states in the country (North Carolina, Connecticut, Delaware, Louisiana, Pennsylvania and Tennessee). But it still needs to get the go-ahead from other states within 30 days, and from numerous communities within 150 days.

“We want this money to reach our communities as quickly as possible, and to be the maximum amount possible, because people are dying, and we want to save lives,” said North Carolina Attorney Josh Stein, who hopes that more than 40 states sign the pledge.