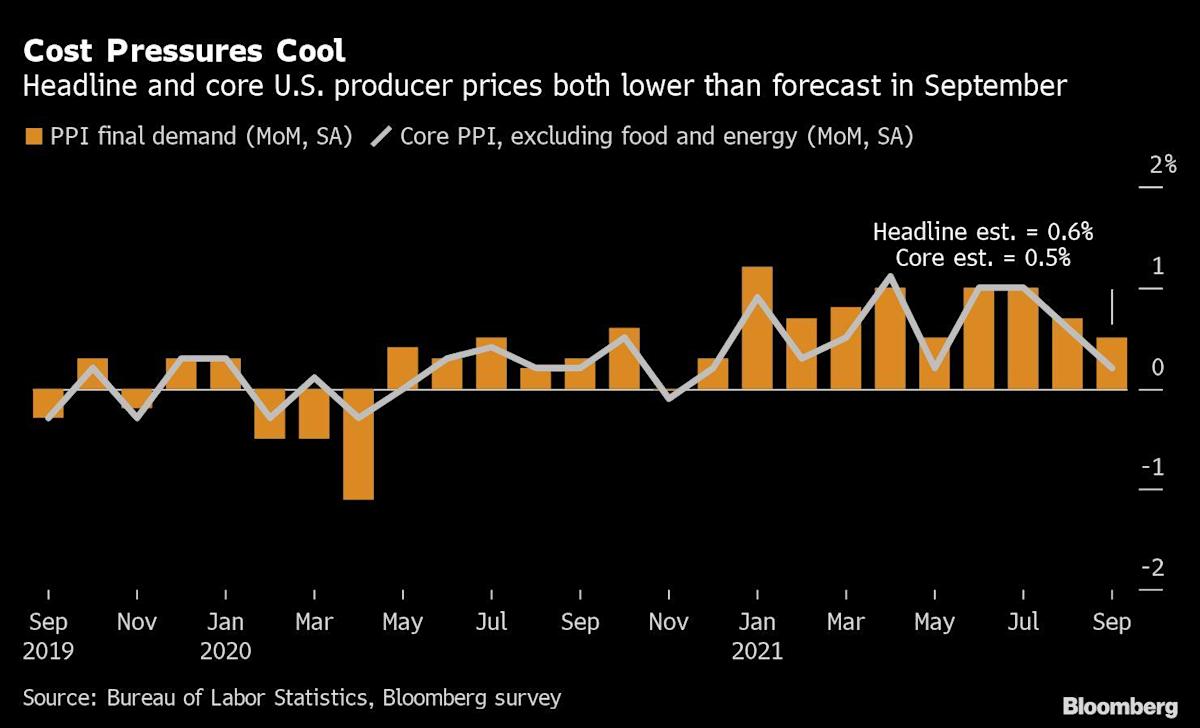 (Bloomberg) – Prices paid to US producers increased at a more moderate pace in September as costs for services such as airfares fell due to the effect of the delta variance on demand.

The producer price index for final demand increased 0.5% from the previous month and 8.6% from the same month last year, according to Labor Department data released Thursday. If the volatile components of food and energy are excluded, the so-called basic PPI rose 0.2%, the smallest advance this year, and increased 6.8% compared to the previous year.

Median projections from a Bloomberg survey of economists called for a 0.6% rise for the headline PPI and an 8.7% rise for the core.

The cost of services increased only 0.2%, the smallest increase in three months, partly reflecting a fall of almost 17% in the prices of passenger air transport services, according to the PPI report. Prices paid to producers for goods rose 1.3%, the largest increase in four months.

The PPI has risen steadily this year as disruptions in supply networks and constraints, such as shortages of materials and labor, drive up production costs. Companies have passed on at least part of those costs to their customers, which explains a recent acceleration in consumer prices.

A separate report on Wednesday showed that prices paid by consumers rose more than expected in September, posting the largest annual rise since 2008.

Countries around the world are experiencing higher inflation. In China, the world’s largest exporter, a gauge of prices paid to factories last month saw the largest increase since 1995.

Recent US inflation data reinforces the Federal Reserve’s plan to begin withdrawing monetary support early, especially as bottlenecks show little sign of abating. Minutes from the Fed’s monetary policy meeting last month showed officials assessing that, if the economic recovery runs its course, “a tapering process that concludes by the middle of next year would probably be appropriate.”