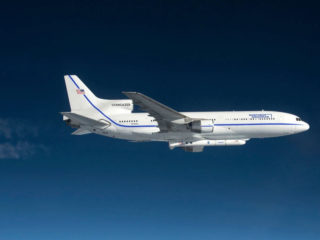 The US Space Force has communicated which successfully launched a Northrop Grumman Pegasus XL rocket with a satellite for the “study of the spatial domain”, or detection of artificial objects in orbit. The launch was carried out on June 13 from the Vandenberg base, located in California.

The Pegasus – a three-stage rocket that is launched from the air – was carried by a specially modified L-1011 Stargazer aircraft from the same company. Shortly after being released, at an altitude of about 12,000 meters above the Pacific Ocean, it ignited its first stage, starting its flight, which took la misión Tactically Responsive Launch-2 (TacRL-2) to low Earth orbit.

As detailed by the military, the project seeks “respond to dynamic changes in the spatial domain or in a theater of operations and inserting or replacing assets in orbit much faster than standard timelines to meet emerging combat command requirements. “

“This successful launch is a clear signal to our strategic competitors that we will not give up access to space,” stressed General John W. Raymond, Chief of Space Operations, adding that “spatial domain is defined by velocity“.

“And with this effort, we have demonstrated the kind of speed it takes to win. We have executed a ’21-day wake-up call’ to put a satellite into orbit, extracting the payload, docking it to the rocket, and integrating the combined package into the aircraft, “he said.

Northrop Grumman detailed that this was the 45th launch of the Pegasus, which uses solid propulsion to offer maximum responsiveness, allowing launch into a wide variety of orbits in short time frames. Using this method, the company has already launched more than 90 satellites from five different launch centers in the US, Europe and the Marshall Islands.