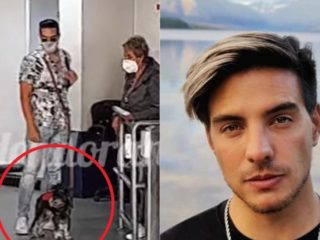 Vadhir derbez He is in Mexico to present “I confess”, his new song with his colleague Ximena Sariñana. As part of his promotional tour, the singer had agreed to a musical number on the Televisa program “Hoy”.

The artist arrived on the Mexican channel on Tuesday, July 20 with his pet, a schnauzer dog, but did not count on being prevented from entering.

Derbez and his work team had to apply for a special permit to enter Televisa with their puppy. Faced with this situation, several security members approached Vadhir Derbez to indicate that he could not enter with his pet.

According to a video released by youtuber Eden Dorantes, a member of the Derbez team had to intervene to reach an agreement with the security members of Televisa.

After several minutes of a conversation, Vadhir was able to enter the prestigious Mexican channel to appear on the program “Hoy”, where he gave details of his song “I confess”.