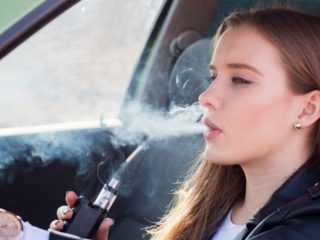 From the decades. Twenty years have passed since Hon Lik designed the first modern vaporizer, the father of next-generation devices who set out to develop an effective alternative to quit smoking once and for all. “I knew it was going to become a revolutionary product”, he assured years later in an interview with The Spectator.

However, it seems unlikely that this former pharmacist of Chinese origin was aware of the impact that his invention would have years later both in governments and academic institutions around the world. At this time, experts and health authorities from countries such as France, United Kingdom or New Zealand scientifically defend its usefulness as an effective method to quit smoking.

Scientific evidence supports its use

Perhaps one of the most important studies carried out internationally has been the one recently published by the Cochrane Tobacco Addiction Group. This team, made up of researchers and healthcare professionals from more than 130 different countries, has positioned the electronic cigarette with nicotine as the most effective method to stop smoking compared to the alternatives of patches and gum with the same compound.

“The scientific consensus holds that e-cigarettes are considerably less harmful than traditional cigarettes,” he explained. Jamie Hartmann-Boyce, manager of the institution and one of those responsible for the study.

They would not be the only ones, since the scientific evidence hit the table at the end of 2020 in the E-cigarette Summit, the largest international vaping summit that annually brings together scientists, professionals and policy makers from around the world to discuss in depth the role of vaping devices in their fight against tobacco.

In the same forum, the emeritus professor of Toxicology at Imperial College London, Alan Boobis, reflected on how “Electronic cigarettes present a substantially lower risk than tobacco” and as they are already considered “a real means to reduce or completely stop the consumption of conventional cigarettes.”

In the specific case of Europe, the latest Eurobarometer, published a few weeks ago, supports this theory with real consumption figures among Europeans: 57% have used the electronic cigarette to reduce or permanently quit smoking.

France, the closest model to Spain

The neighboring country is usually a source of studies and initiatives that support vaping as a method to quit smoking. The last to join this growing list was the one published this past January by Constances, an organization dedicated to epidemiological research that collaborates with the French Ministry of Health.

In their report, they associated e-cigarette use with a decrease in tobacco use and a greater likelihood of attempts to quit smoking among users who have used these products in the past year. Also at the beginning of this year a survey was published that revealed the prevalence of vaping used as a smoking cessation method in France.

The study, promoted by the French Public Health Service in association with the They plan, highlighted that 14.8% of ex-smokers opted exclusively for the electronic cigarette without the need to resort to a nicotine replacement treatment, while 11.7% stated that they adopted these treatments as the only method to get rid of the bad fumes.

The organism framed this survey, carried out to 25,319 French, within its «Month Without Tobacco», an annual initiative that each November aims to face as “Collective challenge” smoking cessation for 30 days. With more than 780,000 registered users since its creation in 2016, the last edition gave prominence to the electronic cigarette on its website to encourage Gallic citizens to give up tobacco once and for all.

The commitment to vaping carried out by public entities in France is supported by numerous scientific investigations: «The electronic cigarette is considered less harmful than tobacco due to the absence of combustion products and carbon monoxide that cause or favor the appearance of Cancer. That is why, when you vape, the risk of developing serious diseases decreases “, they clarify on their website.

UK is the international benchmark

Experts from around the world support the UK’s strategy around smoking harm reduction policy. The Anglo-Saxon country maintains its commitment to the electronic cigarette and it is its own public health entities, supported by the scientific evidence that they often publish, who are in charge of encouraging smokers to choose “The way of vaping” to stop their habit.

As starting point, King’s College London produced a thorough survey on the effectiveness of vaping to quit smoking compared to other methods of smoking cessation, such as nicotine patches and gum or bupropion and varenicline, the latter prescription drugs.

The Results collected between 2012 and 2017 through five waves concluded that the use of electronic cigarettes, when used daily, facilitates abstinence from smoking compared to not using help of any kind and, in addition, it presents a greater benefit over the rest of the aforementioned alternatives.

For its part, the Public Health England (PHE), the public health service of England, argued in its latest report that the use of electronic cigarettes as a tool to quit smoking had the highest success rates in 2019 and 2020, with 59.7% and 74% respectively, showing itself as the best nicotine replacement therapy.

About 3.2 million vapers in the UK

These figures coincide with those published by the organization Action on Smoking and Health, who also pointed out how users “Duals”Those that combine tobacco and electronic cigarettes have been reduced to 38.3% during the past year. The English therefore resorted to vaping as their first alternative to tobacco (27.2%) ahead of others such as nicotine patches and gum (18.2%) or prescription drugs, such as varenicline (4.4 %).

In total there are some 3.2 million vapers in the UK, the majority smokers (1.2 million) and current ex-smokers (almost 2 million). However, it is striking that only 0.3% of those surveyed have never smoked, which refutes the hypothesis about the use of these devices as a gateway to tobacco.

However, there is still work to be done. The PHE has very recently shown its concern about the growing perception, in its erroneous opinion, that the English maintain about the risk associated with new generation products compared to tobacco. In 2020, 38% of smokers considered vaping to be as harmful as smoking, while 15% believed vaping was even more harmful.

In this regard, the institution has deemed it appropriate to recall that this perception is not supported by research carried out jointly by experts from the United Kingdom and the United States, who have concluded in several reports that the use of electronic cigarettes is much less harmful than smoking.

Considered one of the pioneers in welcoming new devices as an effective alternative to tobacco, New Zealand has taken a further step in its commitment to the electronic cigarette with the inclusion of these in a normative framework that regulates their use and consumption.

The previous one Smoke-Free Environment Act of 1990 has been revised to articulate a dual strategy that has allowed, on the one hand, to address the implementation of electronic cigarette disposal among those people who want to quit smoking and, on the other hand, prohibit its sale to non-smokers, especially young people.

For its part, the Department of Public Health of the University of Otago, in Wellington, assured in an investigation published at the beginning of the year that, between 2016 and 2018, the use of e-cigarettes had increased among people who quit smoking. Specifically, 78% of users used the electronic cigarette to stop their addiction to tobacco.

The participants of this study, selected from the New Zealand Health Survey, are a representative sample at the national level that served to know first-hand their behavior related to vaping, their perception of it and what are the reasons for its use. As part of the International Tobacco Control Policy Assessment (ITC) project, the survey noted that the main consumers of e-cigarettes are mainly young people, aged 18 to 24, who have recently quit smoking.

Own New Zealand Ministry of Health, together with the Health Promotion Agency (HPA), launched Vaping Facts, a portal that details, based on scientific evidence, how the electronic cigarette contributes to reducing the harm caused by smoking.