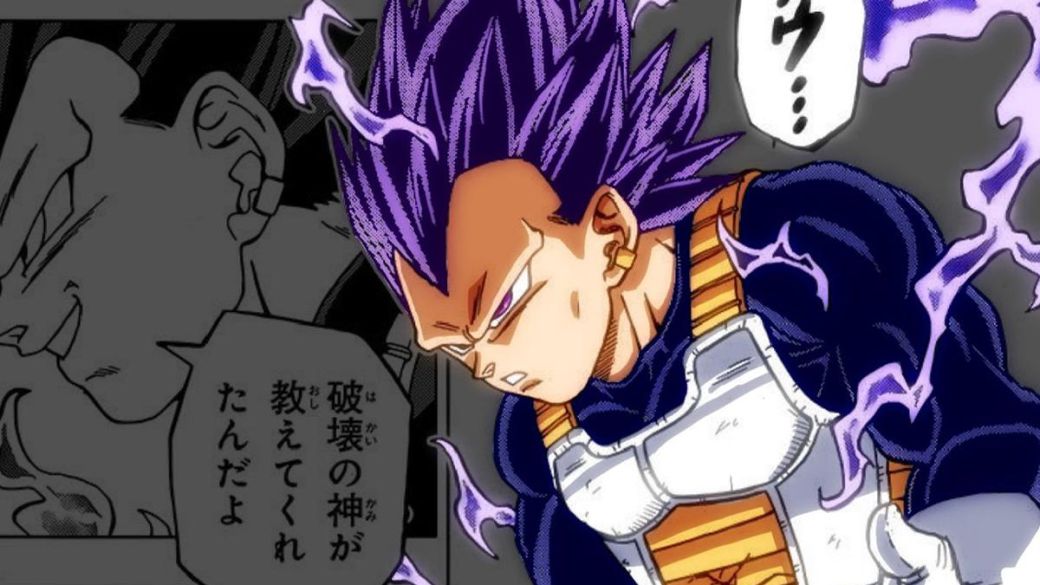 Vegeta’s new transformation recovers his wildest side; that’s what it’s called and it works

Vegeta levels up. In chapter 74 of the Dragon Ball Super manga we saw how the prince of the Saiyans achieved a new transformation linked to the power of destruction that he has been training with Bills. In this new arc in which they are facing Granola, the only survivor of his race and who wants to claim revenge against Freeza and the saiyans, Vegeta manages to control the power of the Wagamama no Gokui, a mega-instinct in Vegeta’s words that differs from Goku’s Ultra-instinct in that “Kakarot is an egomaniac and I am egotistical.” All of this can be seen in chapter 75, the last one so far.

In fact, differences are palpable between both powers because in the case of Vegeta, with each blow he receives, he increases his strength. As it says: “the more my fighting instinct burns, the stronger I will become.” During combat his power increases as Granola hits him.

The prince of the Saiyans admits in chapter 75 that being able to fight without taking anything into account and without caring about his rival has allowed him to awaken this power that he has been training with Bills. He is a wilder and more primitive version of Vegeta, far from the worries and comfort that he has acquired during his stay on Earth.

Already in the Namek arc Vegeta explained that the saiyans got stronger every time they fought, and this continues on its way. Although in the final stretch of the chapter, Vegeta feels that He has taken too much damage and he feels his power diminishing.

In the final stretch, Vegeta He ends up on the ground after a Granola attack, which seems to have also increased his combat power during the fight and tells him that he has been able to draw the power he obtained. We do not know what will happen in the next episode, but if Vegeta ends up defeated, it will be the repetition of the story of the prince of the Saiyans, who already on different occasions, both in Dragon Ball Z as well as in Super, he gains a new level of power or new techniques but ends up relegated to defeat. Will your destiny repeat itself with this powerful new technique?

Dragon Ball Super can be read completely free of charge through Manga Plus (web or mobile applications), and the last three chapters translated into Spanish are currently available, in which the events of this new arc are narrated, in which Granola has been become the strongest in the universe thanks to the Dragon Balls. Before Vegeta, this new enemy had already won over Goku.

As to how this transformation will look in full color, there is debate. Some artists have drawn and contemplated this new power with lilac hair, inspired by the colors of the anime that changed Toppo, the apprentice God of Destruction from another universe and who made a path that seems to be making Vegeta with Bills. Here is an example waiting to know what it will look like: