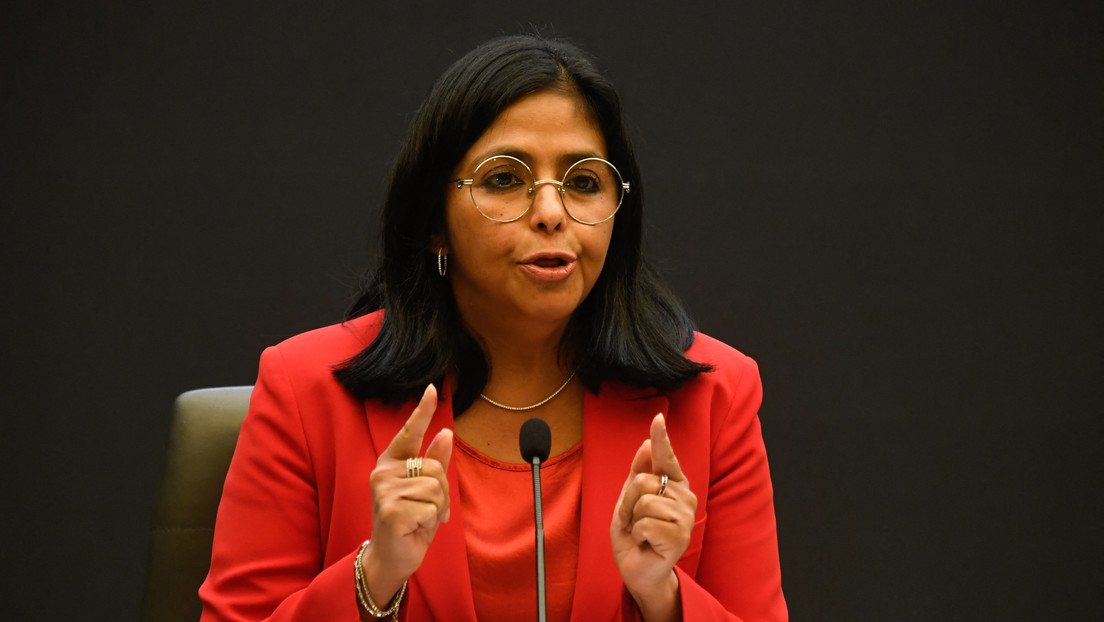 The Government of Venezuela sent this Wednesday a communication to the United Nations High Commissioner for Human Rights, Michelle Bachelet, requesting “her active participation in the face of the massive, systematic, serious and intentional deprivation of fundamental rights of the Venezuelan migrant population. In colombia”.

This was reported by the vice president, Delcy Rodríguez, who referred to different crimes that had been committed against Venezuelan migrants in Colombia – the most recent of which was executed against two adolescents in the town of Tibú – and that Venezuela has described as events that “constitute potential crimes against humanity“.

For this reason, the Venezuelan Executive has requested the intervention of the UN representative to act immediately with the purpose of “stopping hate crimes, violence and xenophobia”; and to ensure that “the facts are investigated and sanctioned exemplarily to those responsible for action or omission “.

#EnVideo📹 | Executive Vice President, @delcyrodriguezv reported that a communication was sent to the UN High Commissioner for Human Rights. @mbachelet, which refers to the policies of persecution and xenophobia against Venezuelans from Colombia#PuebloQueProduceYVencepic.twitter.com/MhroOzXbQc

The vice president recalled that her country will denounce the government of Iván Duque before the International Criminal Court (ICC) for “the persecution, hatred and extermination of Venezuelan migrants” and reiterated the request to Bachelet to require the Colombian State to comply with its obligations for the protection of the human rights of migrants, “whatever their nationality or immigration status.”

Rodríguez added that in recent years, in the midst of the siege and the economic blockade against Venezuela, has been encouraged and promoted a “serious policy of persecution, xenophobia and violence” against Venezuelan migrants, which is widely perceived in Colombia, Peru, Ecuador and Chile.

He also cited official data from Colombia and records of human rights organizations, which account for the murder of 2,061 Venezuelans in Colombian territory between the years 2017 and 2020; and another 362 during this year. In addition, he asserted that in the last five years, 836 migrants from his country have been reported missing.

“Violence and terror are the mainstay of a political system”

The vice president highlighted that a large part of the Venezuelan migrants had to leave their country, forced by the imposition of unilateral coercive measures against the economy and their daily lives, and that many of them now live in Colombia, in a context where “violence and terror are the mainstay of a deeply exclusive and unjust political system. “

Likewise, it attributed the acts of violence against the Venezuelan population to a “sustained campaign of stigmatization and xenophobia promoted by the highest authorities of that country, in clear violation of their international obligations regarding the protection of the human rights of the migrant population.” .

“The actions or omissions of the Colombian authorities in the protection of the human rights of Venezuelan migrants have a real impact expressed through hate crimes, xenophobia and acts of discrimination (…) in all areas of social life. such as employment, housing, health, among others, “he added.

In this sense, the high representative of the Venezuelan government cited a survey conducted in 2020 by the Xenophobia Barometer, which indicates that 69% of those consulted say that insecurity in Colombia increased due to the presence of Venezuelans and that 76% said they felt fear, anger, anguish or annoyance when a person of that nationality approaches them.

For that reason, he considered that acts of violence against Venezuelans living in Colombia should be “the object of the most absolute and unequivocal condemnation, since they demonstrate the degeneration that can be reached by feeding opinion matrices against migrants.”