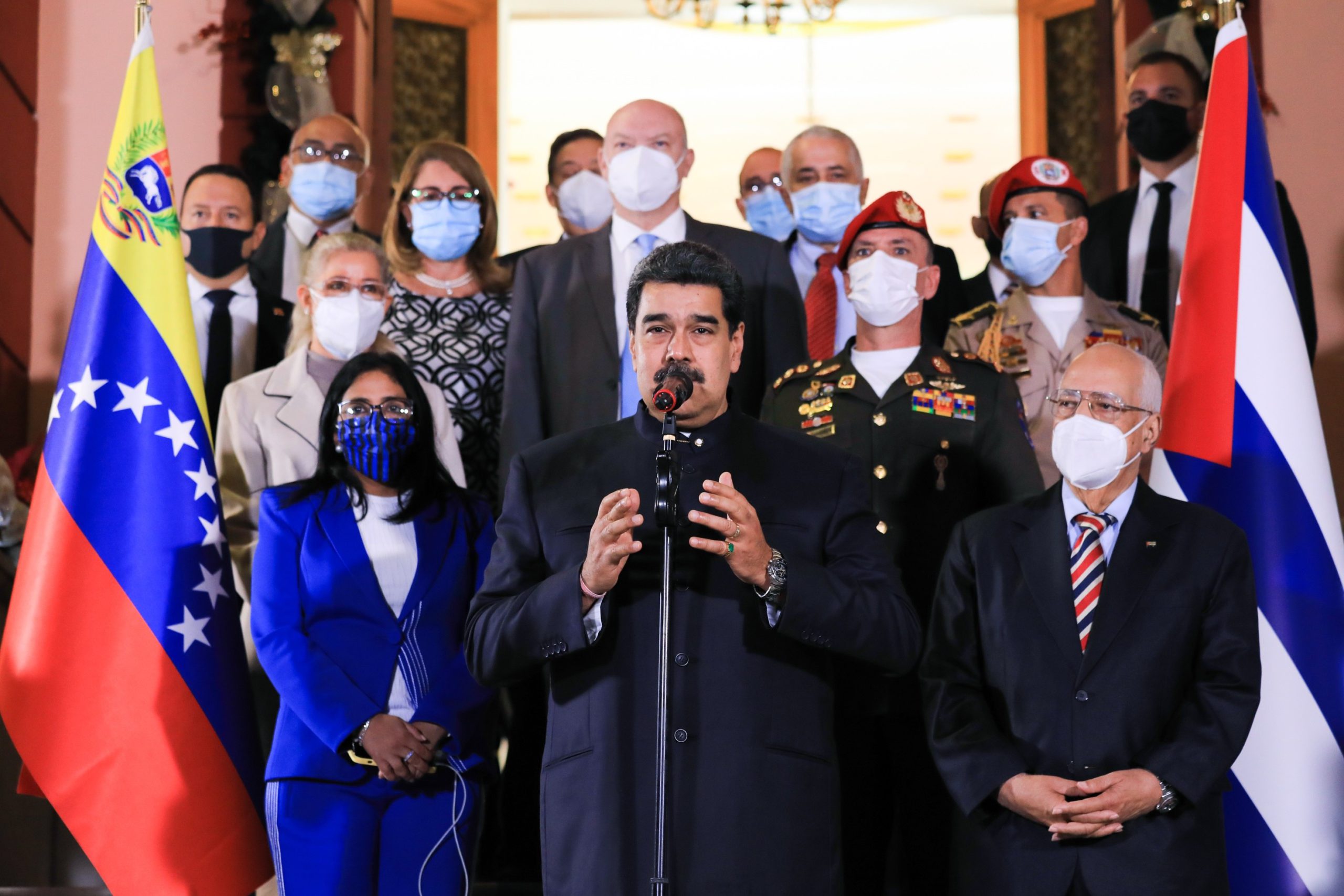 Venezuela: Maduro maneuvers to avoid the opening of an investigation at the International Criminal Court | International

The Government of Nicolás Maduro makes maneuvers to delay the process that is being followed against the Venezuelan State in the International Criminal Court (ICC). With judicial reforms and a trickle of releases, Chavismo is trying to wash the face of a file that totals more than 250 political prisoners and includes severe accusations of systematic human rights violations and crimes against humanity. This Tuesday the most recent sample took place. Two of the three Fundaredes activists arrested in July, Omar de Dios García and Rafael Tarazona, were released. Its director Javier Tarazona, however, is still in detention. For several years, the NGO has been vigorously denouncing the presence of Colombian guerrilla groups in Venezuela in collusion with Chavismo. They were accused of “terrorism and treason”.

These movements take place on the eve of the visit of the ICC prosecutor, Karin Khan, who on his tour of Latin America will pass through Venezuela at the end of this week. It is a visit that the Government has been promoting with the intention of showing signs of openness and changes in the justice system, considered a repressive arm of the Government in the latest report of the United Nations Independent Mission.

Venezuela’s process in The Hague was started in 2018 by the leaders of Argentina, Canada, Colombia, Chile, Paraguay and Peru. In an unprecedented request in the short life of the organization, the countries then integrated into the Lima Group made a formal request to open an investigation, from which Argentina later withdrew with the return of Kirchnerism to power. To this file have been added the complaints of the former attorney general Luisa Ortega Díaz, who has requested political asylum in Spain, and of the human rights organizations and relatives of victims of extrajudicial executions, arbitrary detentions and torture.

The former ICC prosecutor, Fatou Bensouda, considered that there was reasonable evidence to investigate crimes against humanity in Venezuela. The opinion was given after a visit by the Venezuelan prosecutor Tarek William Saab in which Chavismo tried to show efforts to improve the justice system in the country. The decision to open the investigation has been expected since July, when the new prosecutor of the Court took office, who has now decided to visit the country to make the decision not without giving a final vote of confidence. “I am convinced that closer relations and cooperation with the States Parties will improve the functioning of the Rome Statute regime in line with the principle of complementarity. Communication is essential to explain the mandate of the Office of the Prosecutor and the ICC and build stakeholder confidence. I look forward to the opportunity to hear and learn from this my first trip to the region as an ICC Prosecutor, ”Khan said in a statement. The Maduro government will try to convince him that there is no reason to open an investigation. The NGOs and victims will advocate for steps to be taken to sanction the Executive.

At the gates of local elections, in which the opposition parties will participate after seven years of abstention, Chavismo, cornered in its diplomatic siege, has had to give in in several aspects. He sat in Mexico’s negotiations with the opposition, although he has frozen them after the extradition to the United States of Alex Saab, the government’s commercial operator to evade sanctions, also designated as Maduro’s front man. In fact, reforms in the national justice system were on the agenda in Mexico. Now, the Government has anticipated to do them without conciliating with the opposition to attenuate the indications of the ICC.

The Maduro Executive clings to some milestones that testify to the turnaround. In 2018, when the opposition councilor Fernando Albán died after falling from a 10th floor of the intelligence service headquarters, the prosecutor Saab anticipated the suicide thesis. Five months ago the official retracted, acknowledged that it had been a murder and three years later ordered the capture of the agents who were guarding him. In that same statement, he recognized as murders the cases of Captain Rafael Acosta Arévalo, who died as a result of torture, and Juan Pablo Pernalete, hit by the shooting of a tear gas during the 2017 protests.

Another case with which the Government tries to wash its face is that of David Vallenilla, another young man killed in the demonstrations four years ago. In early October, a judge ordered the acquittal of the sergeant who shot him. The decision was appealed by the family and the Public Ministry and in record time the military man was sentenced to 23 years in prison.

In September, with a very low profile, releases of political prisoners such as former deputy Gilberto Sojo also began to take place. That same month, the National Assembly, bent on Chavismo, issued without major public consultations a package of laws that try to cover the enormous potholes left by human rights violations in the country. Some of the legislative advances have to do with the demilitarization of justice or the possibility that human rights NGOs assume the defense of those who denounce having suffered some violation of their fundamental guarantees. A reform of the Penal Code is included that cuts judicial lapses to speed up procedures and places a limit of three years on the time that a person can be imprisoned without receiving a conviction.

“If Venezuela were a country of laws, these legislative changes would bring some improvement to the justice system. These modifications do not point to the enormous pachyderm that they do not even dare to mention: that in Venezuela we do not have impartial or independent judges, but simple officials who limit themselves to following orders, ”says an analysis of the Access to Justice reforms.

This is a radical change in the position of the Maduro government. The pressure for the ICC’s accusations seems to be its greatest crossroads, an area in which it has little room for maneuver. Beyond the legal consequences of this process, which could take time, the process in The Hague raises the diplomatic siege that the Chavista government tries to break down mainly with the lifting of sanctions, the reestablishment of diplomatic relations with the European Union and the threat of the commercial opening with Colombia.

Despite these efforts, the recent death of General Raúl Isaías Baduel in prison, on which the prosecutor Saab also anticipated the COVID as a cause of death, a thesis that his family questions, has once again agitated the struggle of political prisoners. The tenth death of a political prisoner guarded by the Government clouds the movements with which Chavismo seeks to raise its head in international forums. Two weeks ago, relatives of political prisoners protested to demand that the ICC expedite its decision on the opening of an investigation against Maduro and other high-ranking officials. Khan’s visit raises expectations.